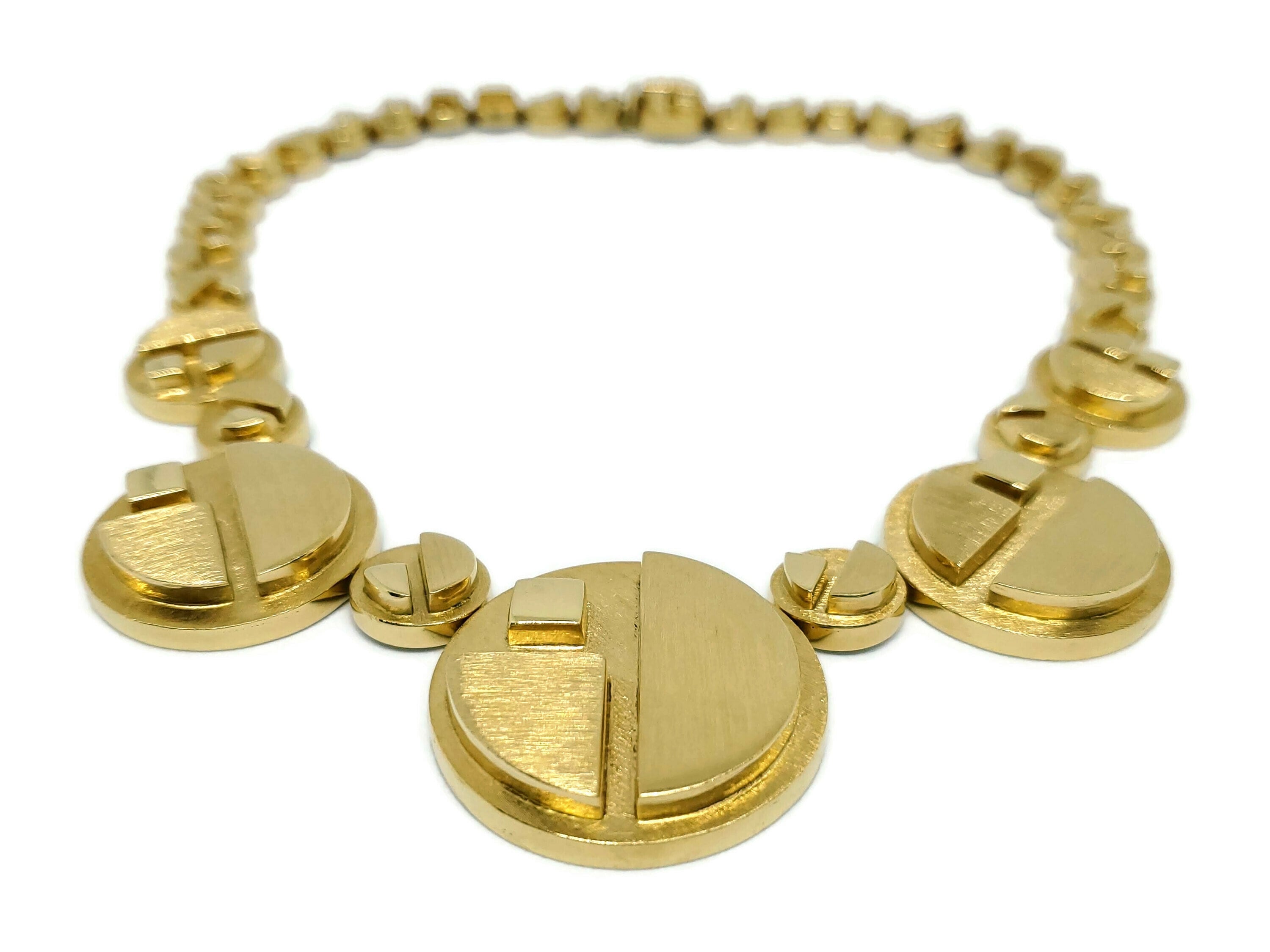 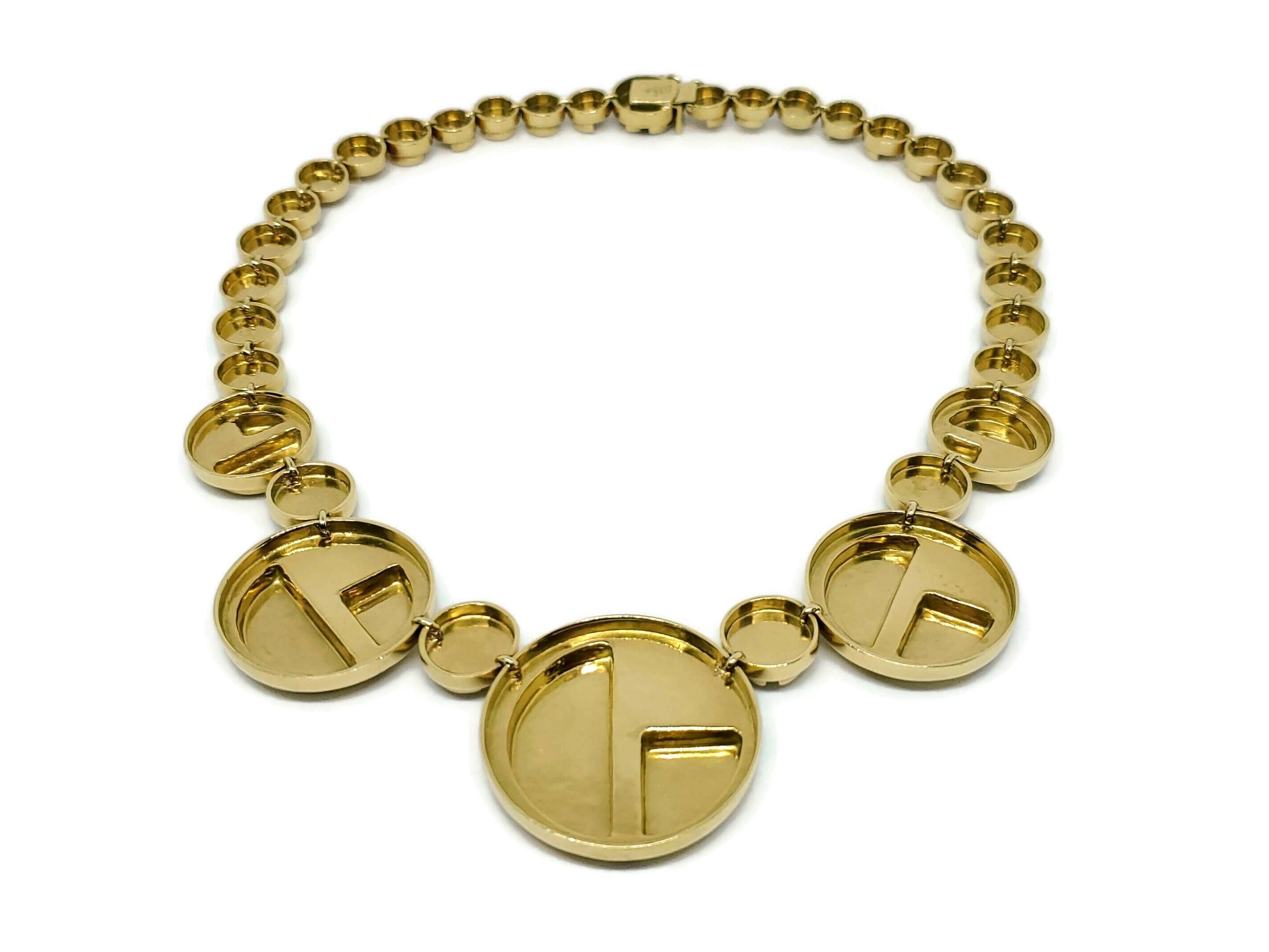 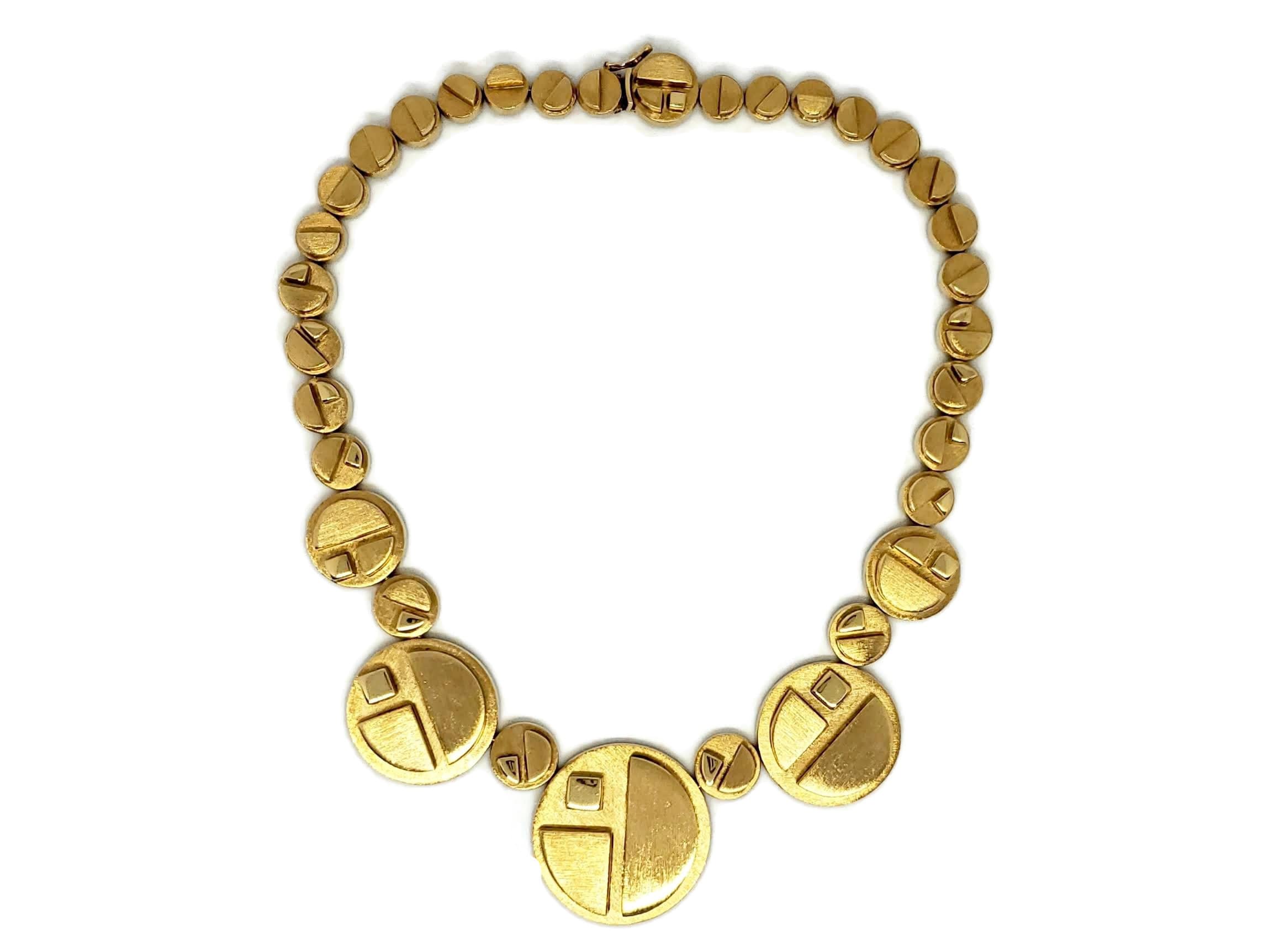 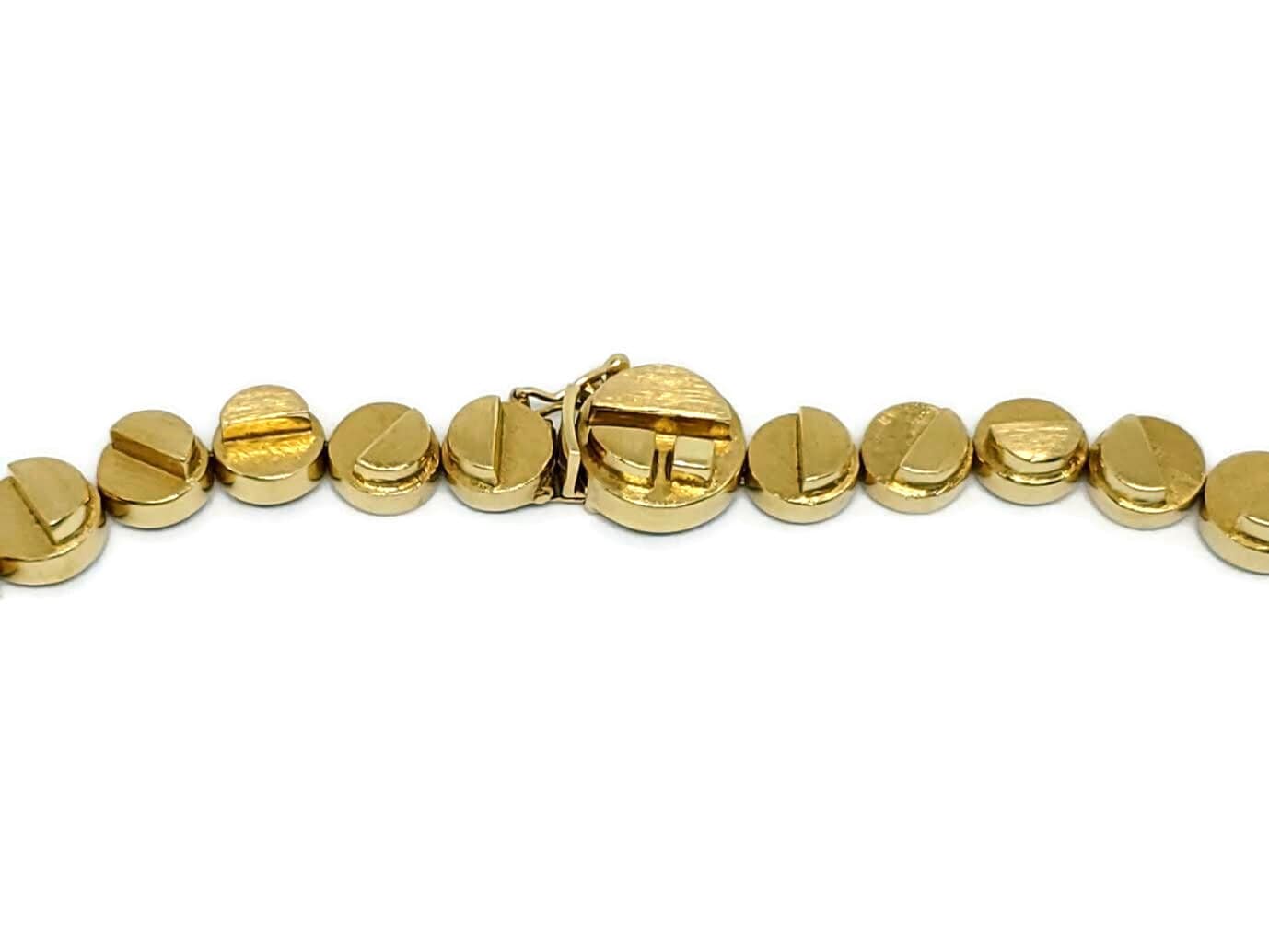 Thanks for taking a look at this Burle Marx 18 Karat Gold Necklace. This necklace has 124 grams of 18 Karat gold, and has a matching bracelet, earrings (Sold Seperately) and ring that are also available. It is 15" Long, and 1.39" in Diameter (The Largest Circle) at its widest point. It's very important to know that all Burle Marx pieces were completely made by hand, and are one of a kind. They were made without pre-casting, and you can be assured absolutely nothing of this caliber is being manufactured today. It took 6 to 8 weeks to make this piece. This necklace was featured in the Connoisseur Magazine article about Haroldo Burle Marx in 1983.

If you own a piece of Burle Marx Jewelry, there's a very good chance it originally came from us. The ALTOMAR Collection, located in the famed Watergate Hotel for 20 years, had world rights to Burle Marx Jewelry for the last decade of his life until his death in 1991. Today, we have the largest collection of Burle Marx pieces in the world available for purchase.

The late Paul Desautels, the most influential American curator of the 20th century, and Curator of Gems and Minerals in the Department of Mineral Sciences of the U.S. National Museum of Natural History (Smithsonian Institution) in Washington, D.C., praised the jewelry saying, “ One advantage of handcrafting jewelry versus pre-casting, is the uniqueness of each piece. No two pieces are alike. Pre-casting considerably limits the artist, while freehand work lends itself toward better design and engineering of the jewelry, making a custom fit much easier.”

Burle Marx is without question one the greatest jewelry designers that ever lived. His customer list looks much like a social registry. Cicely Tyson, Madame Ferragamo, Placido Domingo, Natalie Wood, The Shah of Iran, Queen Margrethe of Denmark, and the Empress of Japan were just a few of his customers. In 1989 over half a million dollars worth of Burle Marx jewels were on display at The Houston Museum of Natural Science for a period of two years. Burle Marx was featured in Connoisseur Magazine, Town and Country, Vogue, U.S. News & World Report, and The New York Times, The Washington Post, The Dallas Morning News, and many others.

As of late, there are some that have been using the term “Marx Brothers” to imply that Haroldo and his brother Roberto were in the jewelry business together. This could not be further from the truth. They had a falling out very early in Haroldo’s jewelry career, and did not speak for the majority of their adult lives. Haroldo created the "Forma Livre" or "Free Form" style of stone cutting. To this day nobody has been able to duplicate it. Roberto was a world famous Landscape Architect, Artist, and Sculptor. He was not in the jewelry business. To say that Haroldo and Roberto were partners is simply untrue. You will not find any publication where HBM is quoted, that ever mentions anything about he and Roberto being in business together. If you come across a piece of jewelry that's stamped "Burle Marx", it was made by Haroldo Burle Marx.