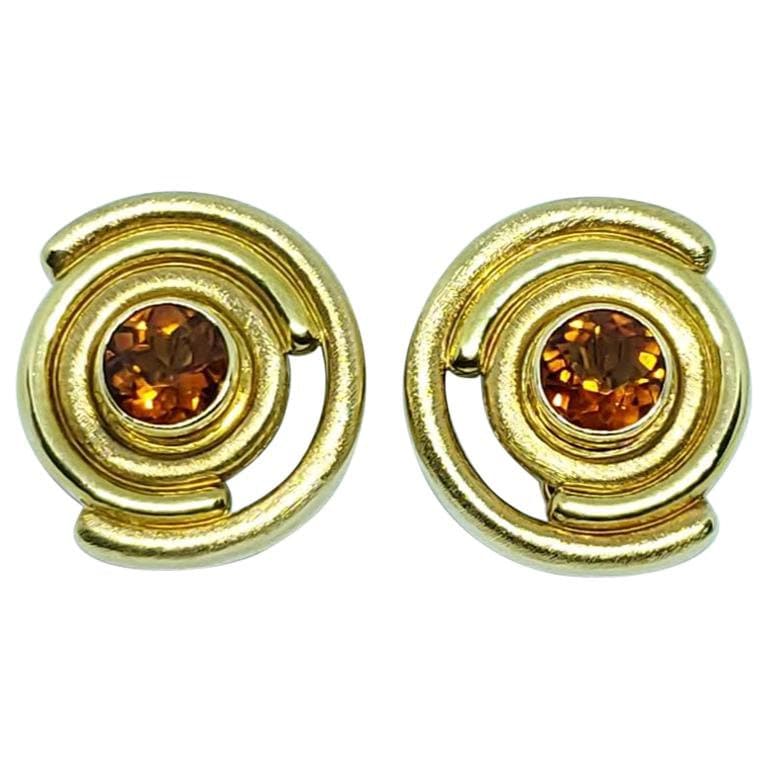 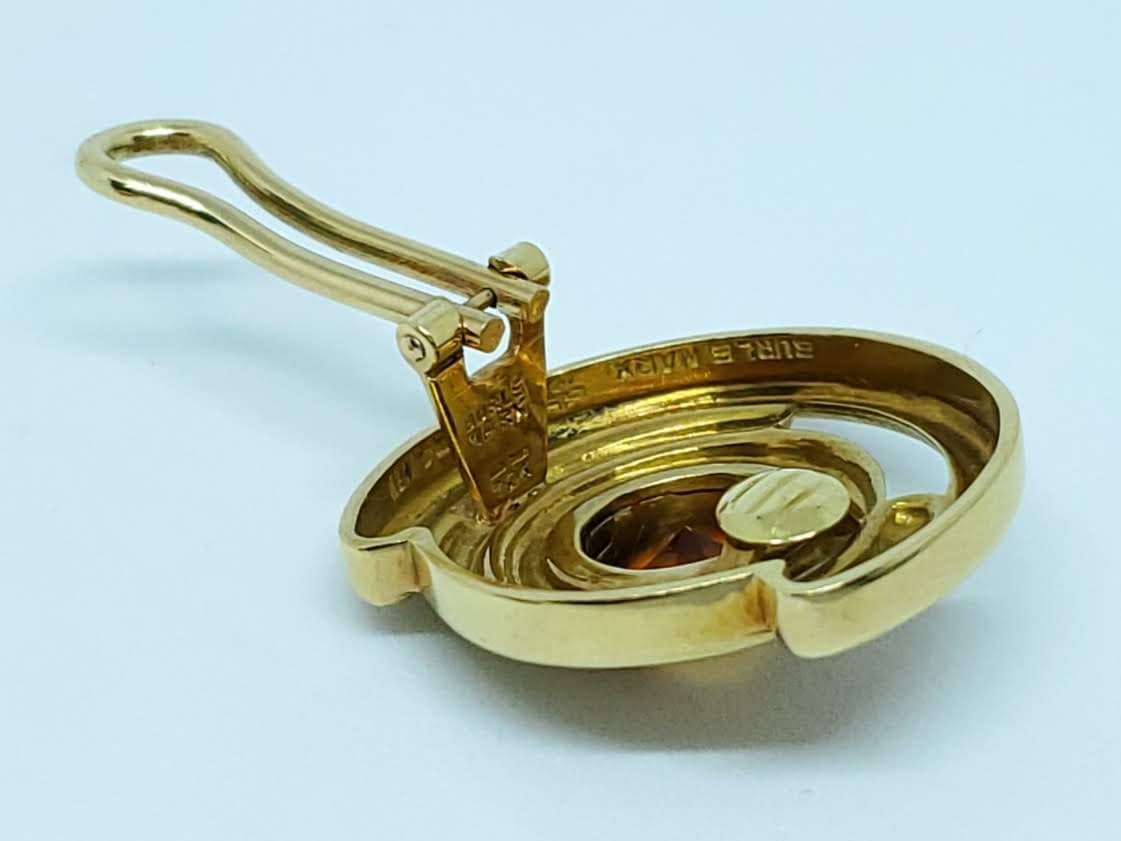 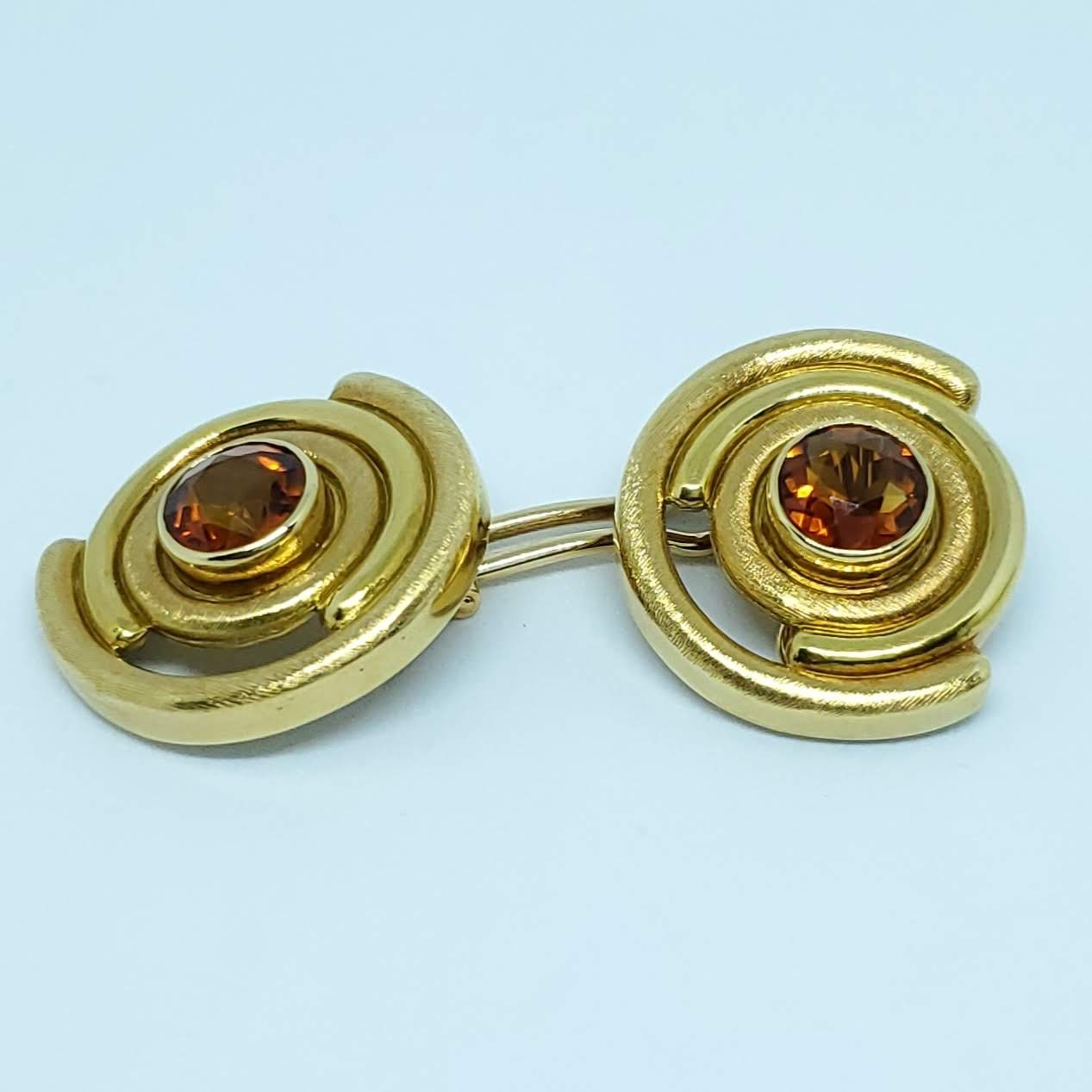 Thanks for taking a look at these Burle Marx Madeira Citrine Earrings. Unfortunately we don't have the exact weights, but we can tell you their measurements. They are 1.10" H with the diameter of the stones being .38". They do not have posts, but they can be added for pierced ears. Message us any time with questions.

Burle Marx jewels were completely made by hand. There was absolutely no pre-casting. The late Paul Desautels, the most influential American curator of the 20th century, and Curator of Gems and Minerals in the Department of Mineral Sciences of the U.S. National Museum of Natural History (Smithsonian Institution) in Washington, D.C., praised the jewelry saying, “ One advantage of handcrafting jewelry versus pre-casting, is the uniqueness of each piece. No two pieces are alike. Pre-casting considerably limits the artist, while freehand work lends itself toward better design and engineering of the jewelry, making a custom fit much easier.”

As of late, there are some that have been using the term “Marx Brothers” to imply that Haroldo and his brother Roberto were in the jewelry business together. This could not be further from the truth. They had a falling out very early in Haroldo’s jewelry making career, and did not speak for the majority of their adult lives. Roberto was a world famous Landscape Architect, Artist, and Sculptor. He was not in the jewelry business. If you come across a piece of jewelry that's stamped "Burle Marx", it was made by Haroldo Burle Marx. You will not find a publication in existence where HBM is quoted saying he and Roberto were partners. It's simply untrue.