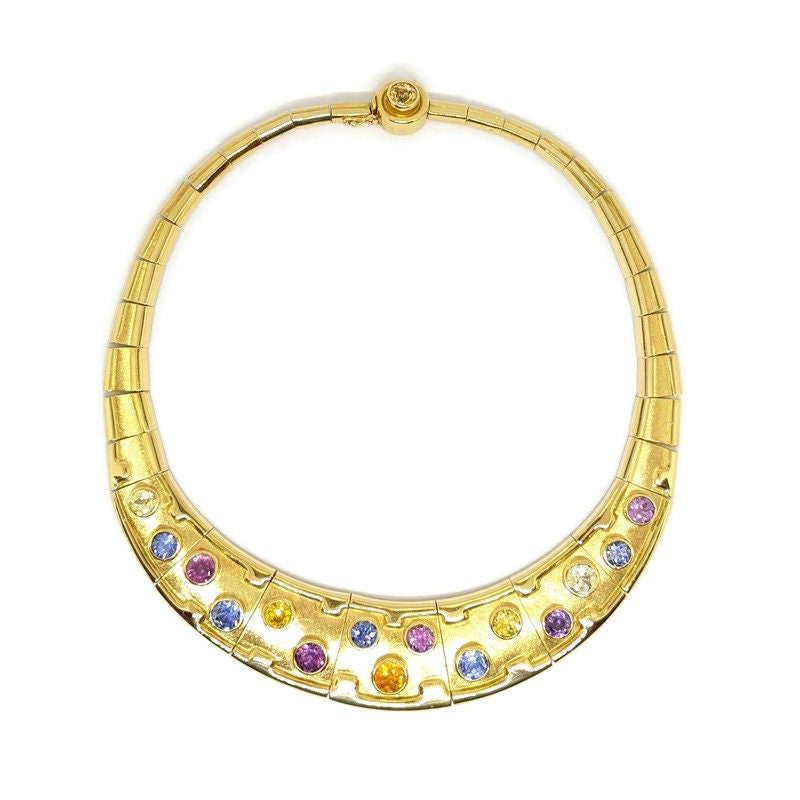 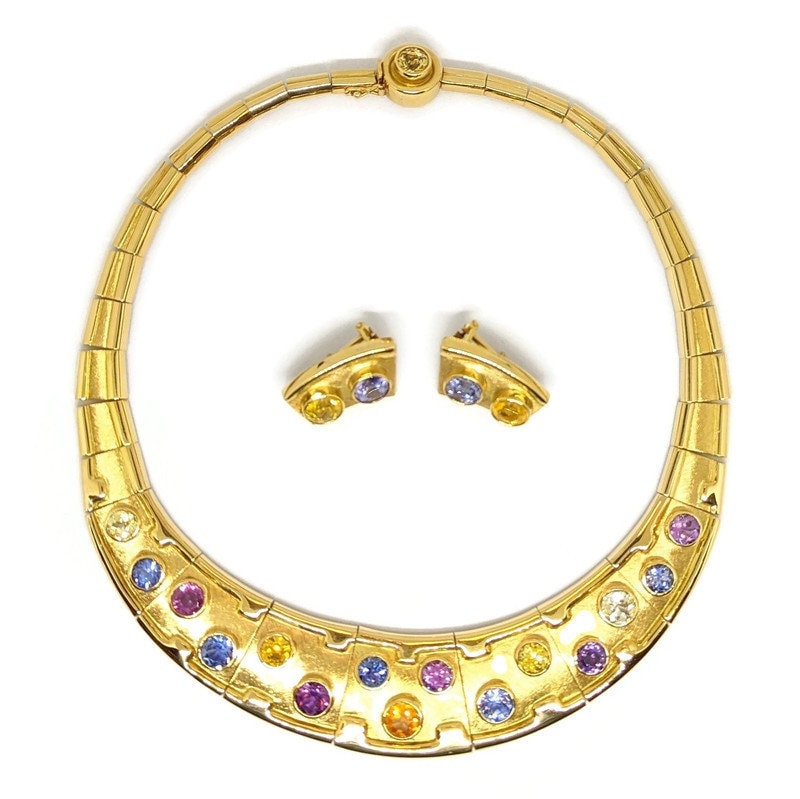 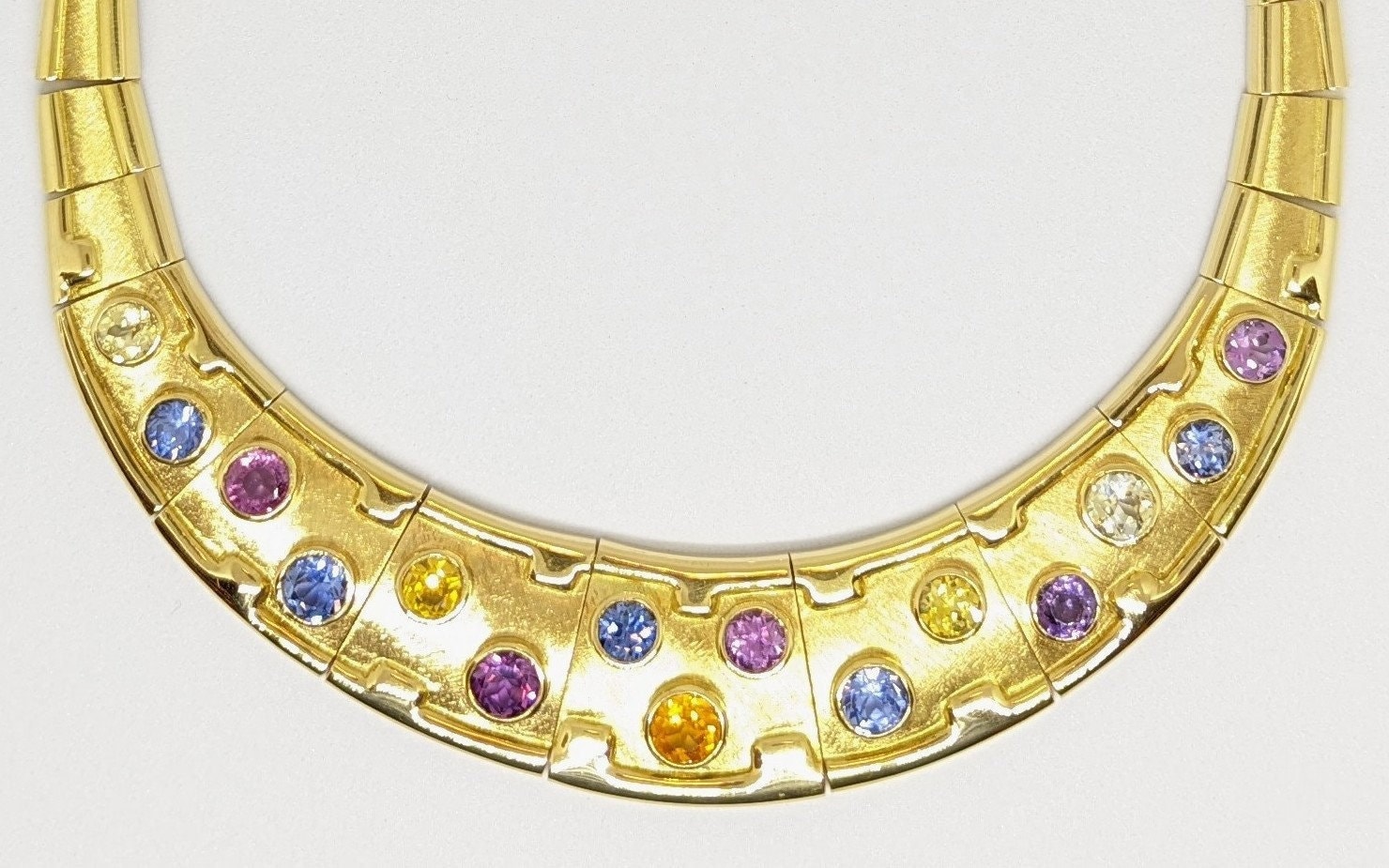 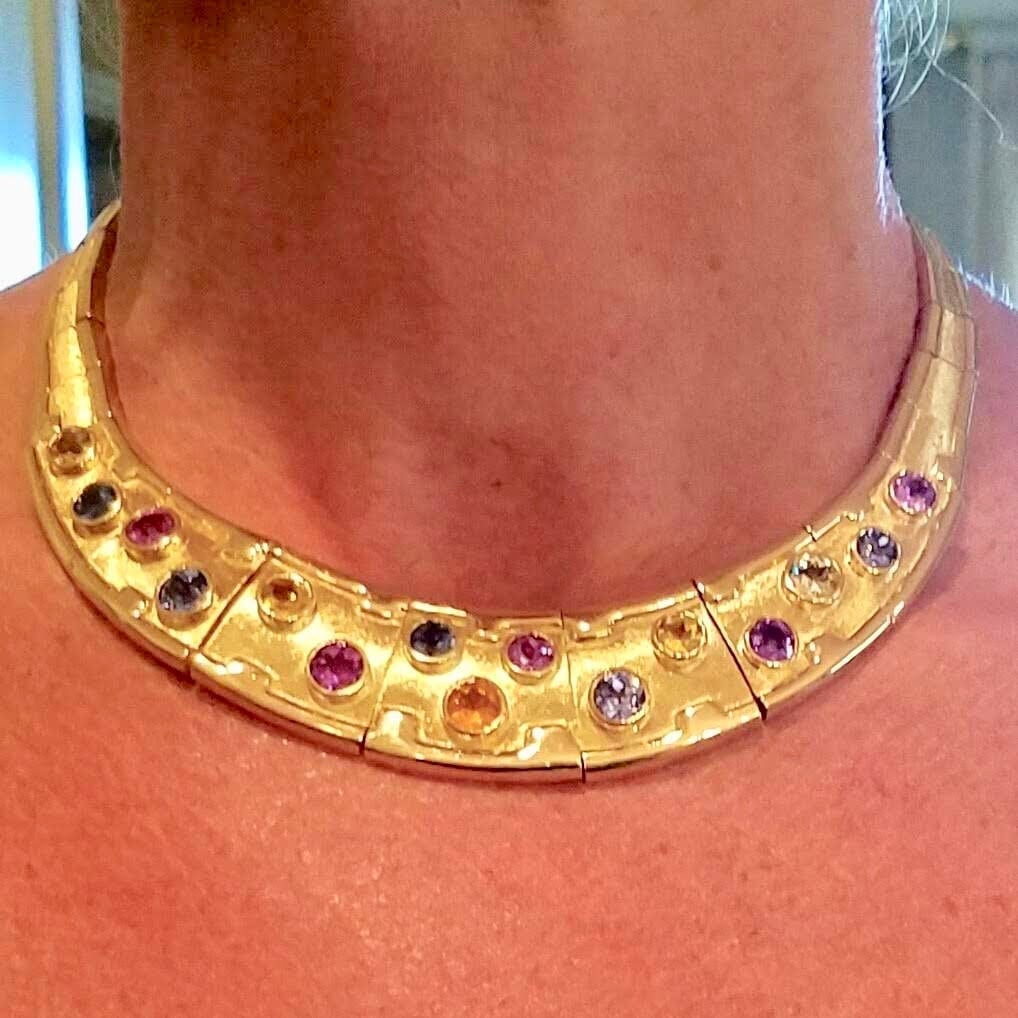 Thanks for taking a look at this beautiful Burle Marx Sapphire Necklace. This stunning necklace has 16 Sapphires totaling 33.75 carats, and has 101.75 grams of gold. Matching earrings are available, and we encourage you to purchase them due to the fact that finding matching sets of this caliber are rare. It's very important to know that all Burle Marx pieces are completely made by hand. There's absolutely nothing of this caliber being manufactured today. Absolutely no pre-casting was involved in making Burle Marx pieces. This piece took 2 months to make, and would be substantially more expensive if it was even possible to have made today.

If you own a piece of Burle Marx Jewelry, there's a very good chance it originally came from us. The ALTOMAR Collection, located in the famed Watergate Hotel had world rights to Burle Marx Jewelry for the last decade of his life until his death in 1991. Today, we have access to the largest collection of unsold Burle Marx pieces in the world.