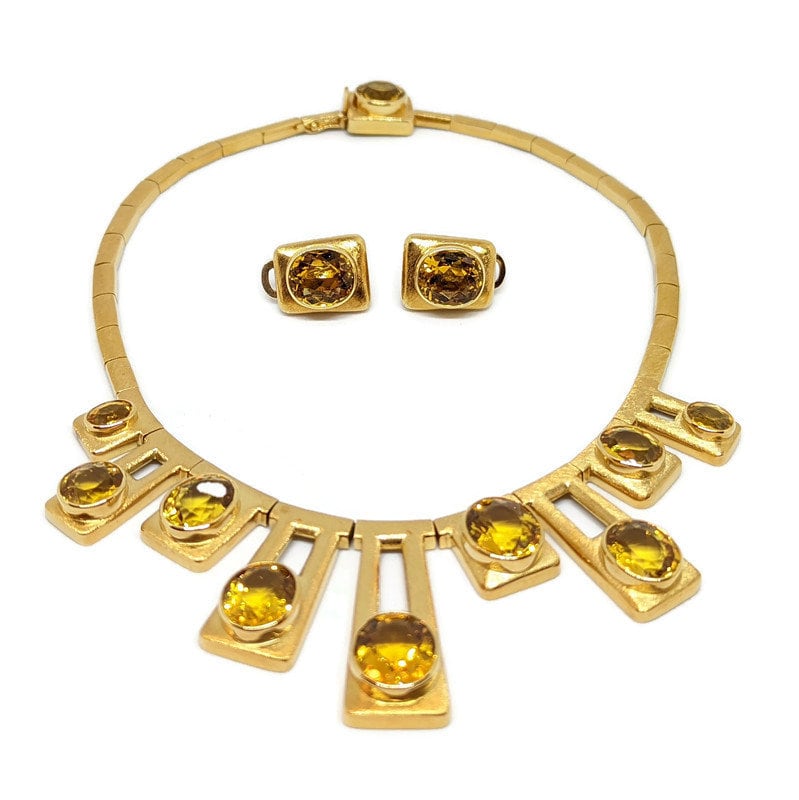 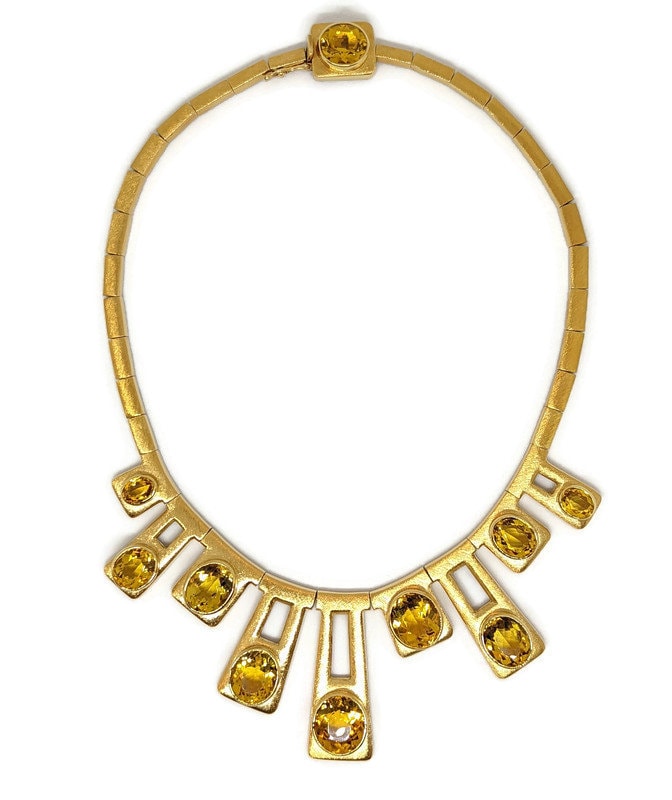 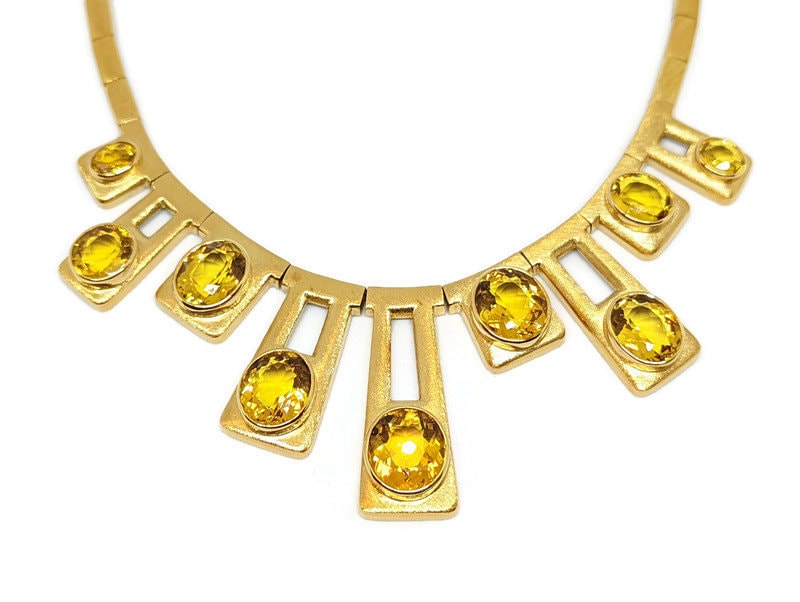 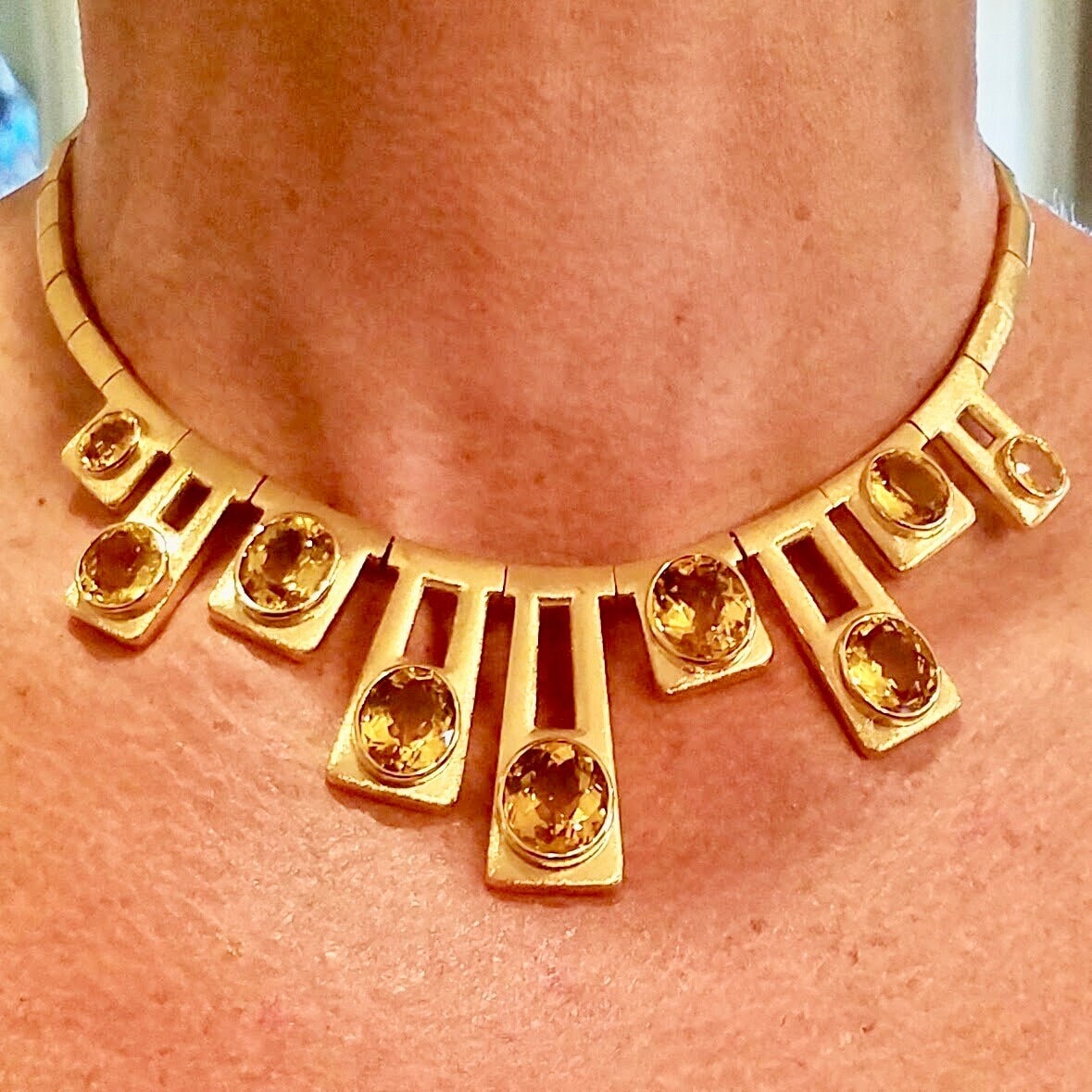 Thanks for taking a look at this stunning Burle Marx Golden Beryl Necklace. I would definitely call this piece a quintessential representation of Burle Marx Jewelry. While we do not have the carat weights of the stones I can tell you that the stones are perfectly matched and that they came from the same crystal. This piece could not be duplicated today, because you wouldn't be able to find the stones. Matching earrings, and ring are available.

If you own a piece of Burle Marx Jewelry, there's a very good chance it originally came from us. The ALTOMAR Collection located in the famed Watergate Hotel had world rights to Burle Marx Jewelry for the last decade of his life until his death in 1991. Today, we have access to the largest collection of Burle Marx pieces in the world.

Please, message us any time with additional question!