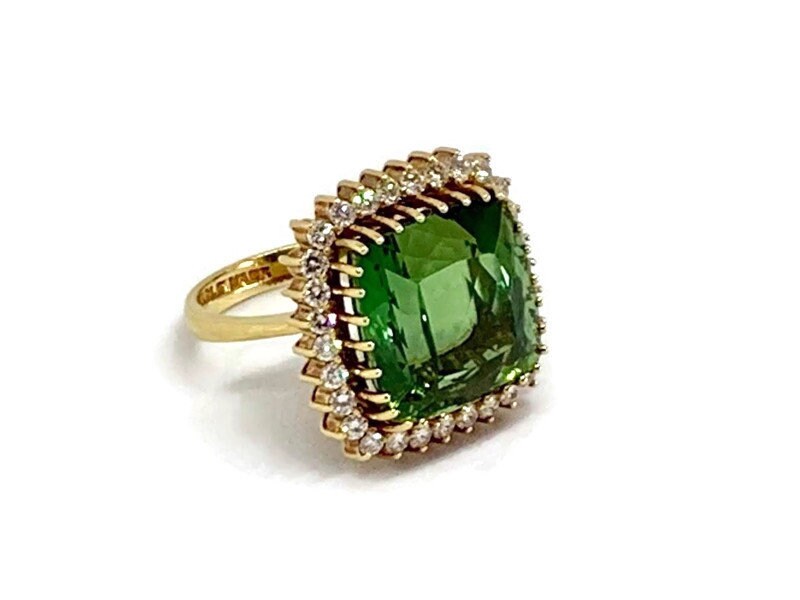 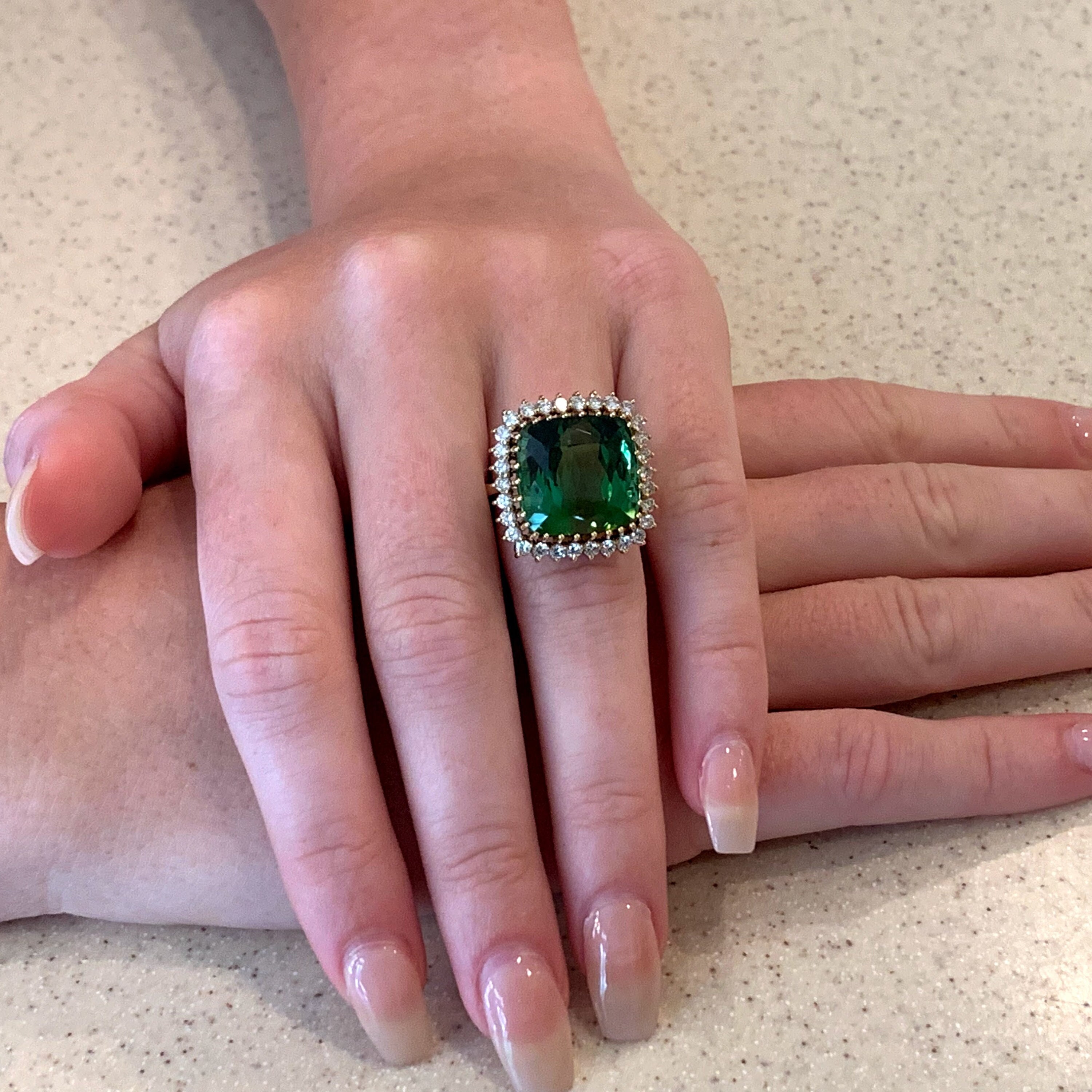 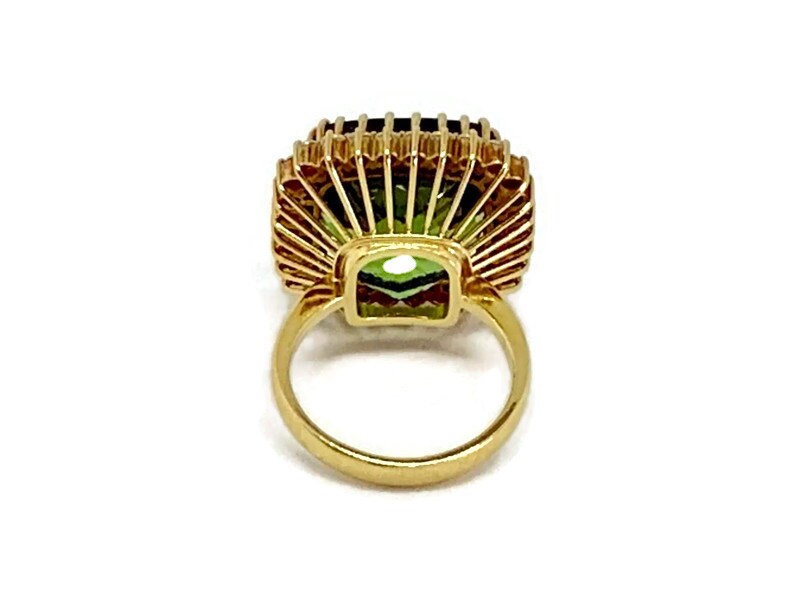 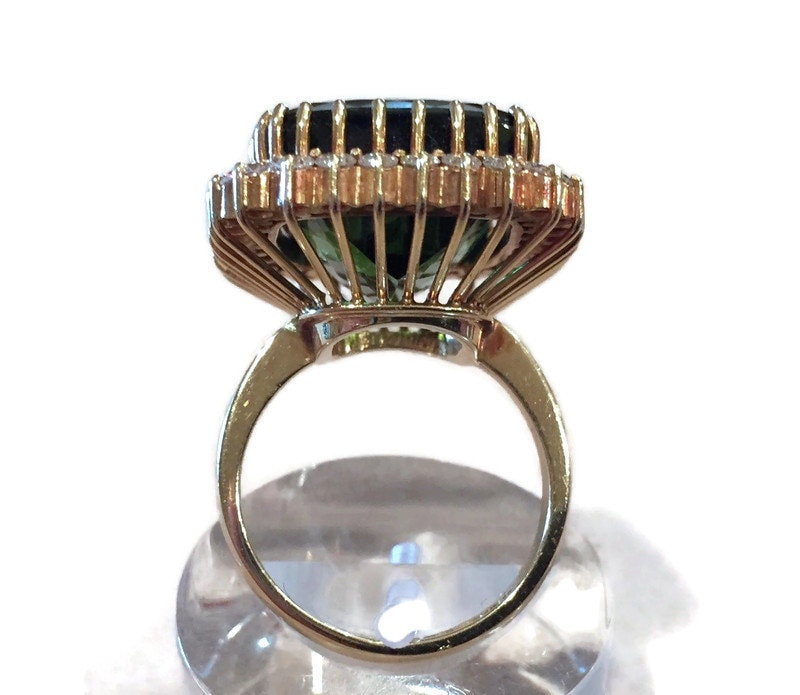 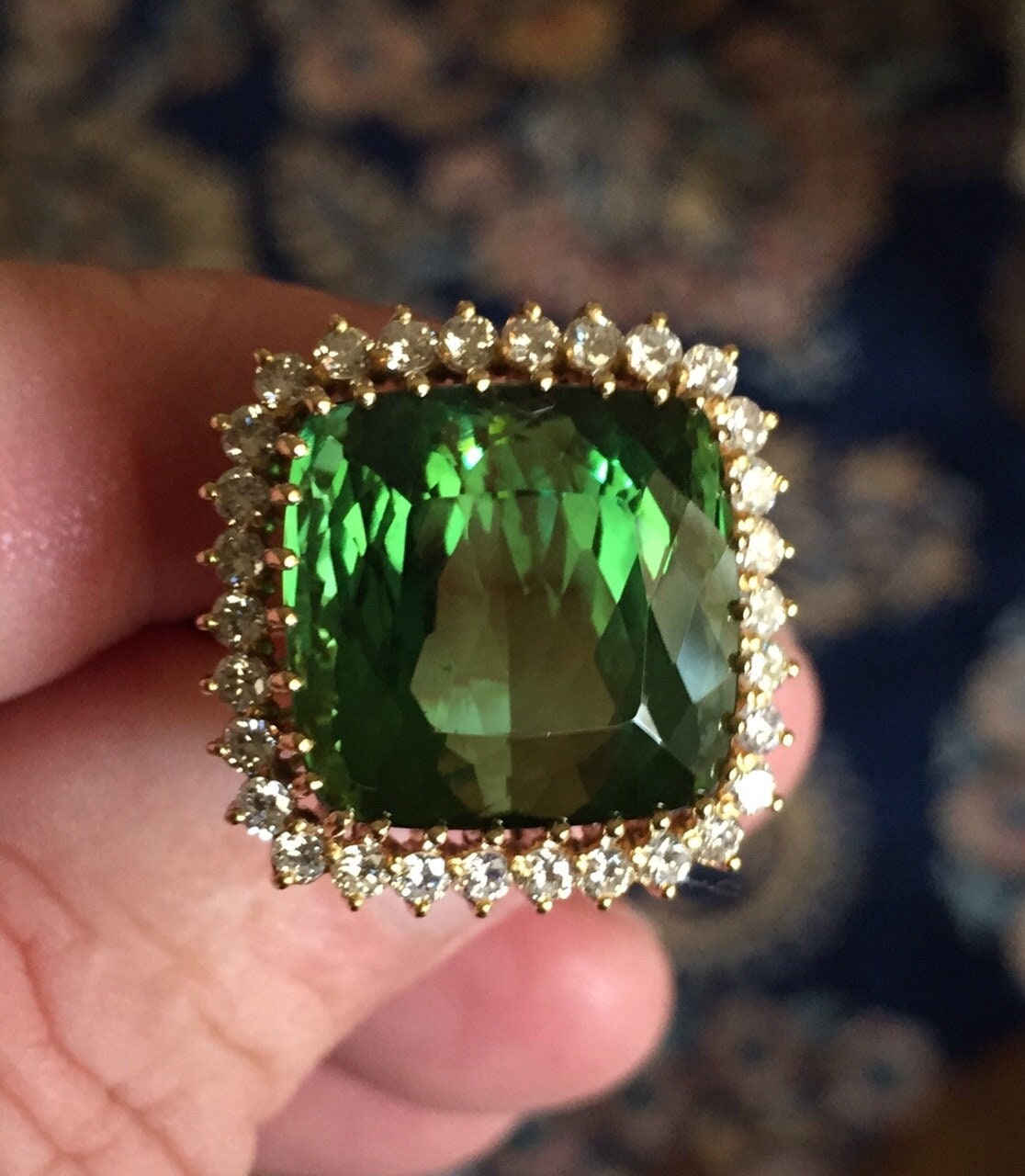 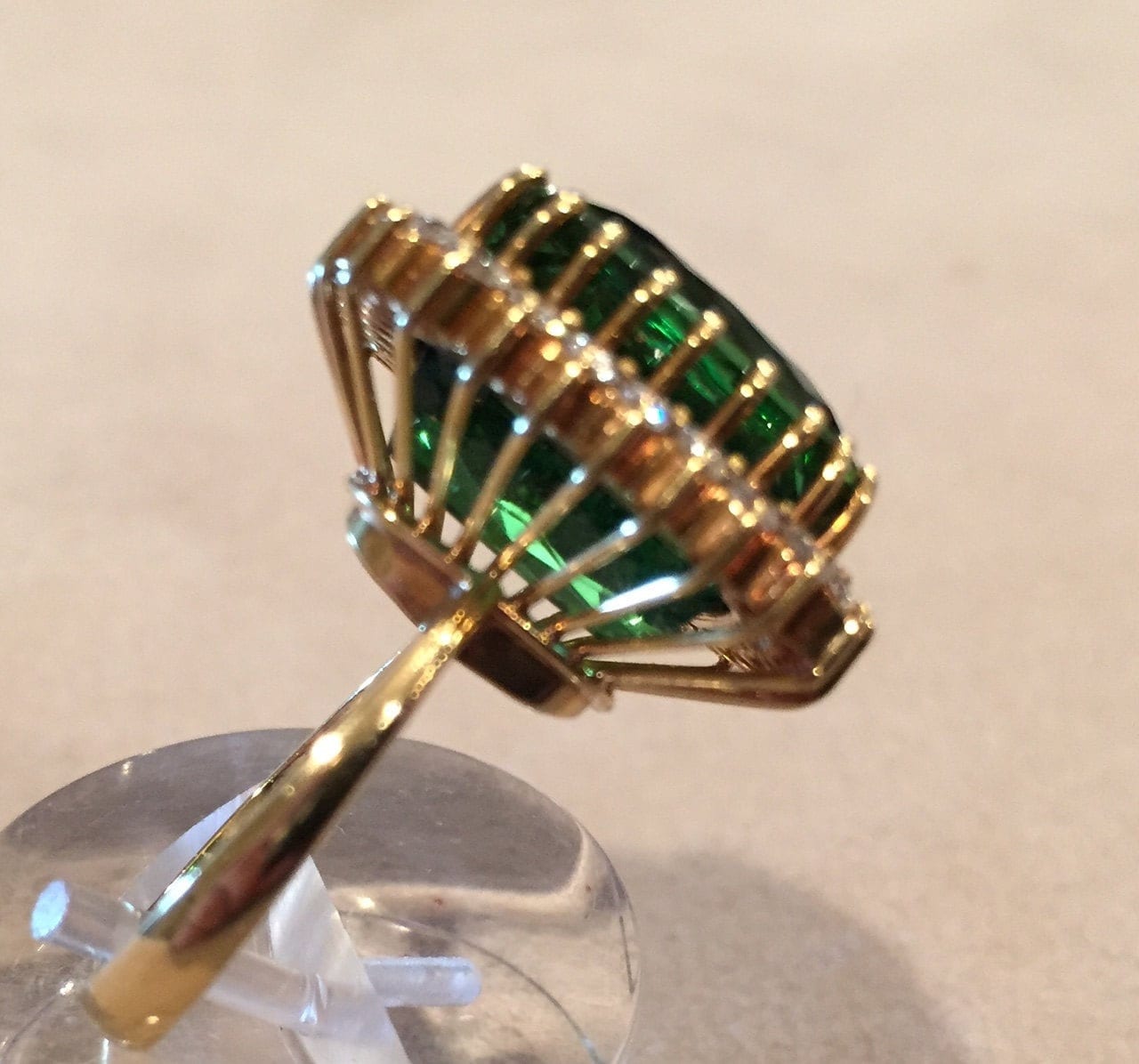 Thanks for taking a look this Haroldo Burle Marx green tourmaline ring, with diamonds, set in 18 Karat Gold. The tourmaline is 21.0 cts. There are 21 diamonds totaling 1.02 cts. It's a size 6.5 and may be sized up or down two full sizes. The photos do not do this incredible stone justice. It's an absolutely gorgeous one of a kind ring.

Haroldo Burle Marx was born in Sao Paulo, Brazil in 1911. He was educated at Colegio Rezende; Pitman’s College in London; Rackow’s Hochhandelschule in Berlin, and Rio de Janeiro National Law Faculty. His attraction to Brazil’s precious gems led him to study gemology and lapidary for four years in Idar-Oberstein, Germany where he earned a degree in gemology. He both spoke and wrote six languages fluently.

Burle Marx jewels are completely made by hand. There was absolutely no pre-casting. The late Paul Desautels, the most influential American curator of the 20th century, and Curator of Gems and Minerals in the Department of Mineral Sciences of the U.S. National Museum of Natural History (Smithsonian Institution) in Washington, D.C., praised the jewelry saying, “ One advantage of handcrafting jewelry versus pre-casting, is the uniqueness of each piece. No two pieces are alike. Pre-casting considerably limits the artist, while freehand work lends itself toward better design and engineering of the jewelry, making a custom fit much easier.” Burle Marx created the “Free Form” or “Forma Livre” style of gemstone cutting. To date, nobody has been able to duplicate it.

The handcrafted jewels of Haroldo Burle Marx are characterized by a timeless quality that reflects the era of Cleopatra and the concepts of tomorrow, yet they complement and enhance the fashions of today. Since long before they became fashionable Burle Marx was using beautiful, colored gemstones from Brazil, later accented with diamonds, as a mainstay of his designs. When foreign dignitaries visited Brazil, Burle Marx was commissioned by the Brazilian Government to make them a gift.

As of late, there are some that have been using the term “Marx Brothers” to imply that Haroldo and his brother Roberto were in the jewelry business together. This could not be further from the truth. They had a falling out very early in Haroldo’s jewelry making career, and did not speak for the majority of their adult lives. Roberto was a world famous Landscape Architect, Artist, and Sculptor. He was not in the jewelry business. You will not find one article where HBM discusses any partnership between he and Roberto in regards to the jewelry business. Believe us, we would know, Legendary Publicist Eleanor Lambert was ours for more than a decade. If you come across a piece of jewelry that's stamped "Burle Marx", it was made by Haroldo Burle Marx.