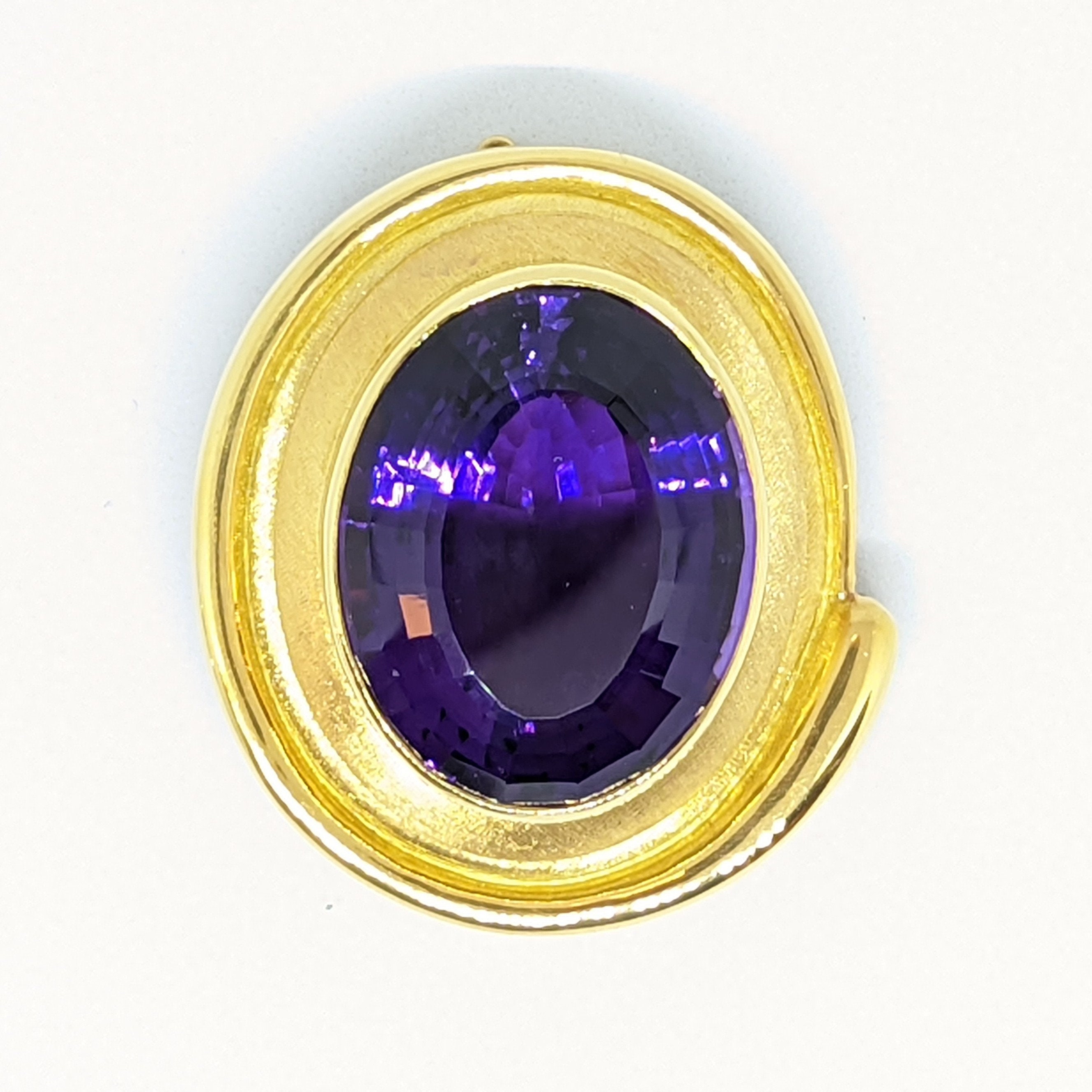 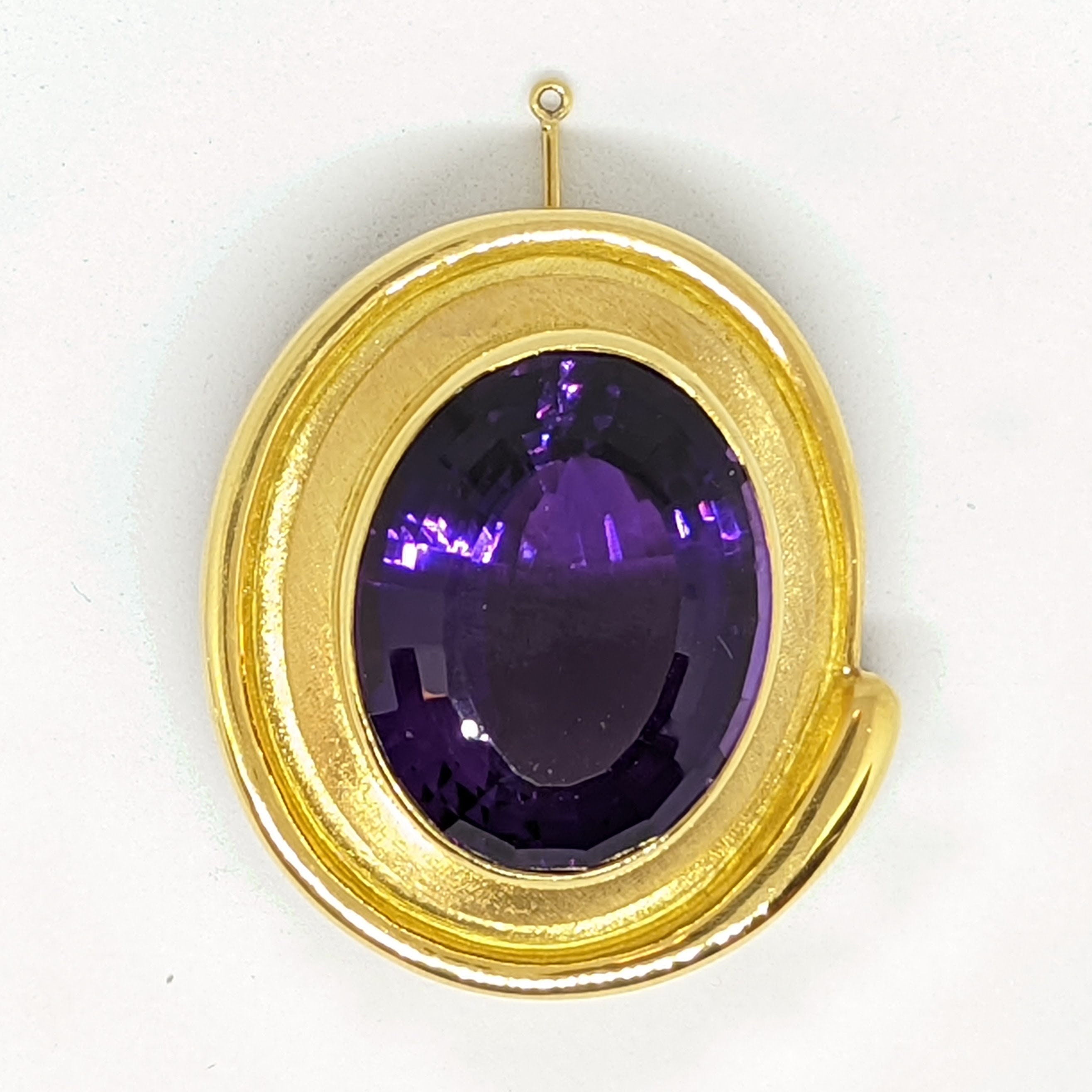 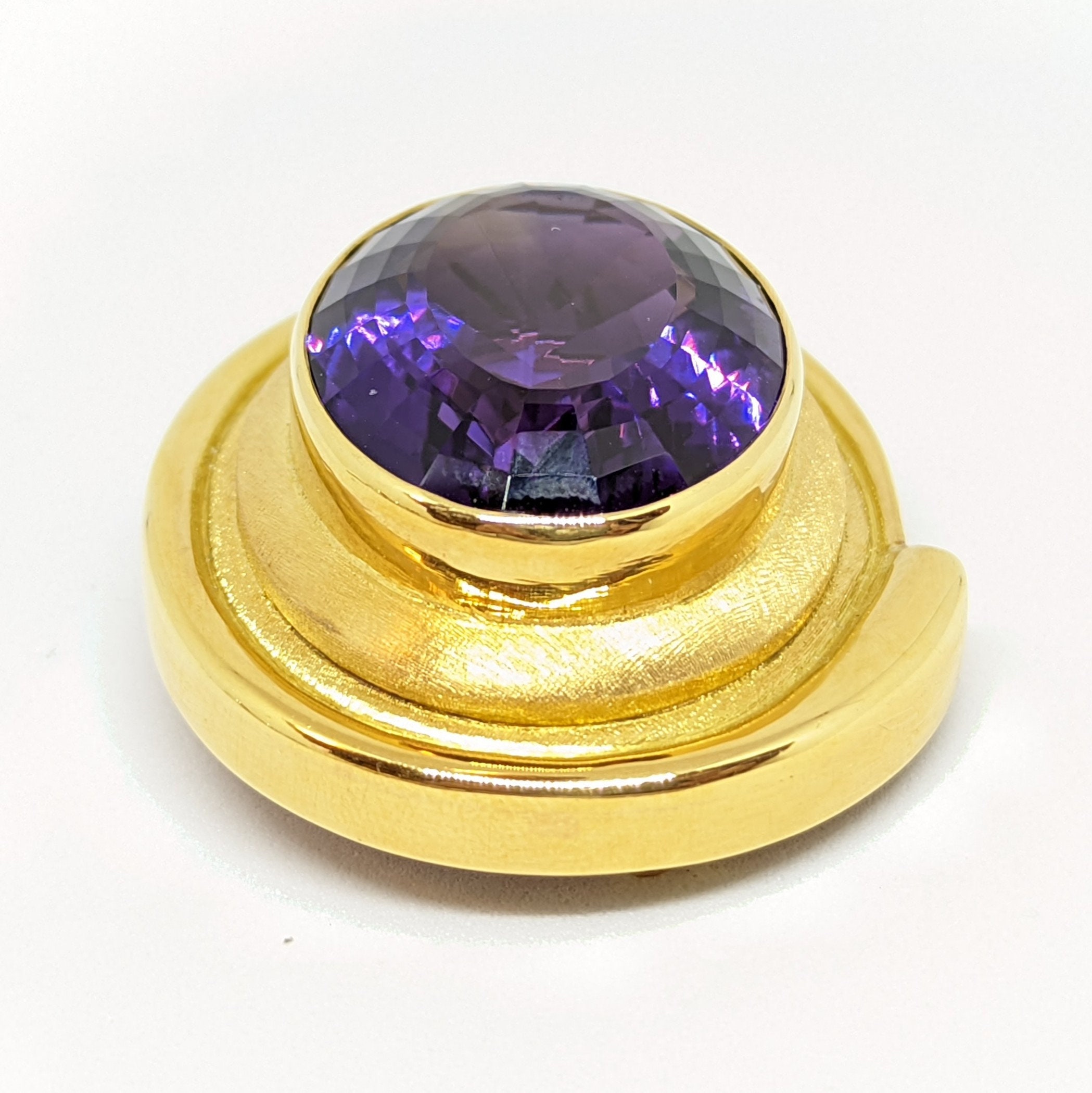 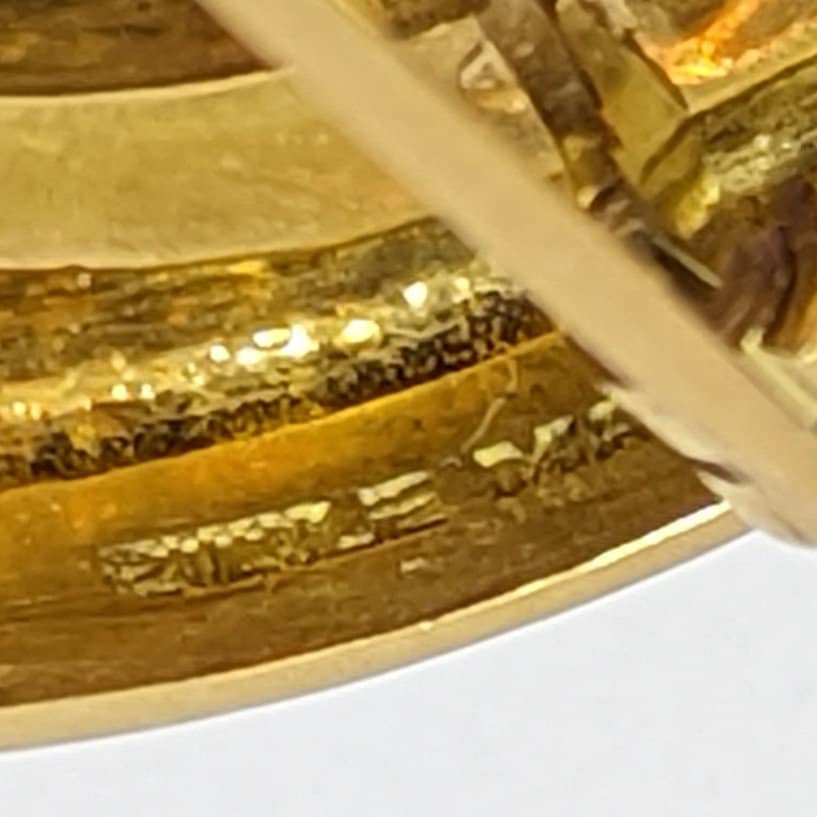 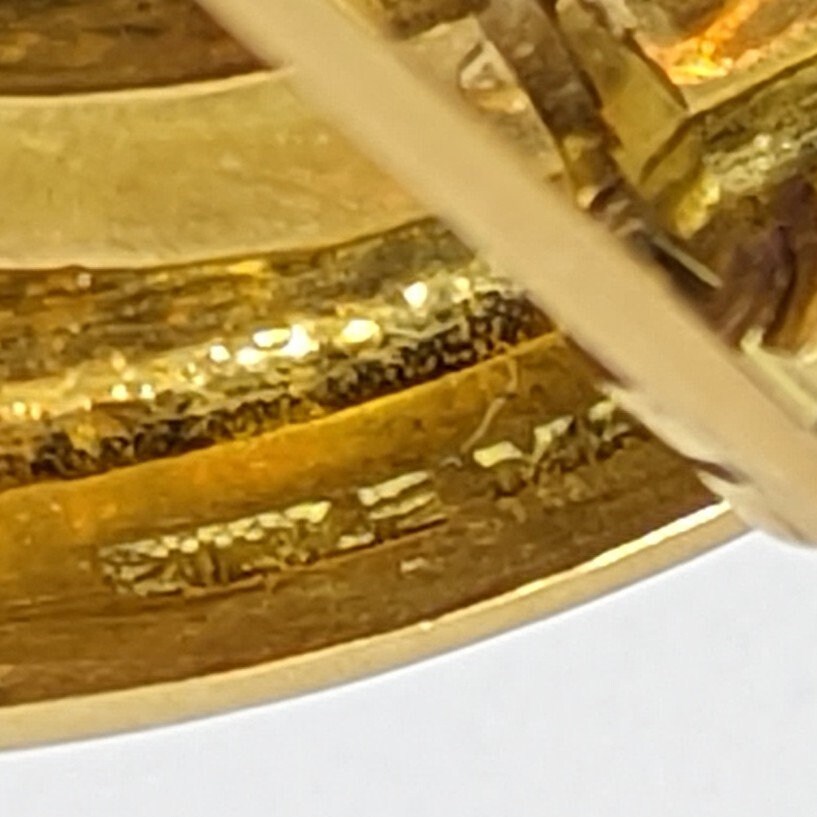 Thanks for taking a look at this Burle Marx 18 Karat Amethyst Pendant/Brooch. This is an incredibly fine stone, and this piece was made in the mid 1980's for The Altomar Collection, which was our former business in Washington, D.C. This deep purple amethyst is among the most desirable in color, and would most certainly be valued by any collector. It is 98.75 carats in size, and surrounded beautifully with 18 karat gold. Pictures definitely don't do it justice!