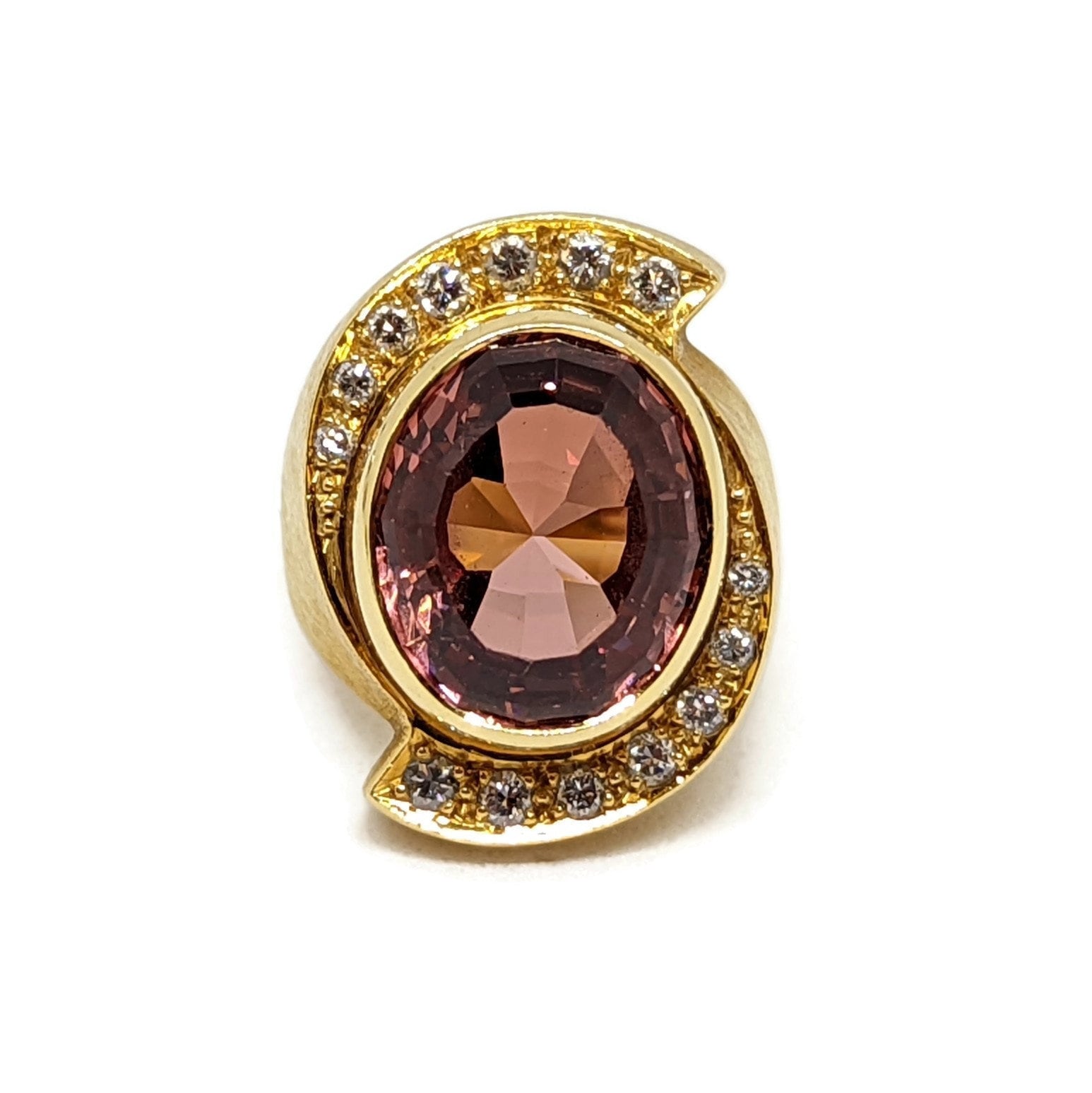 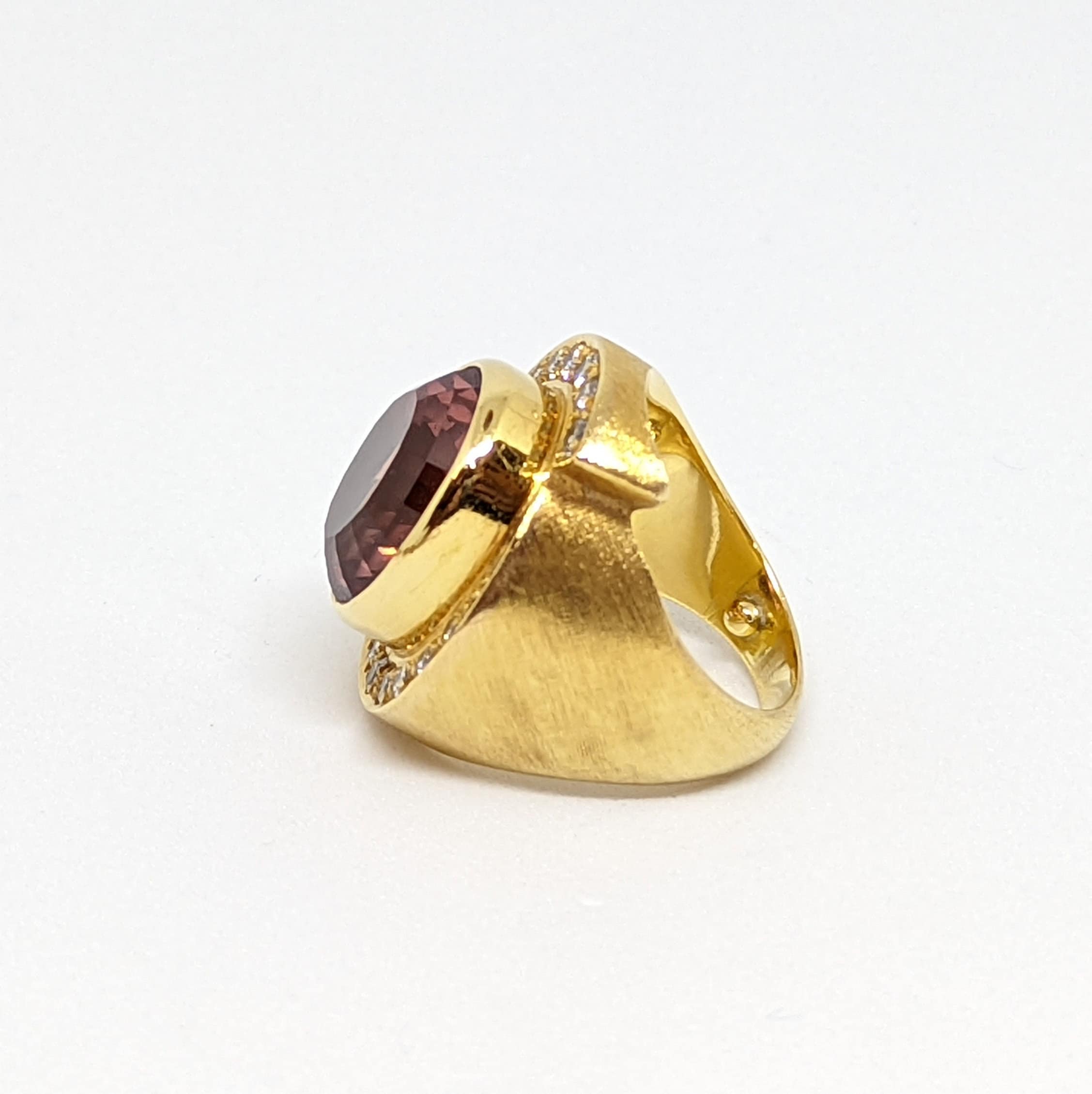 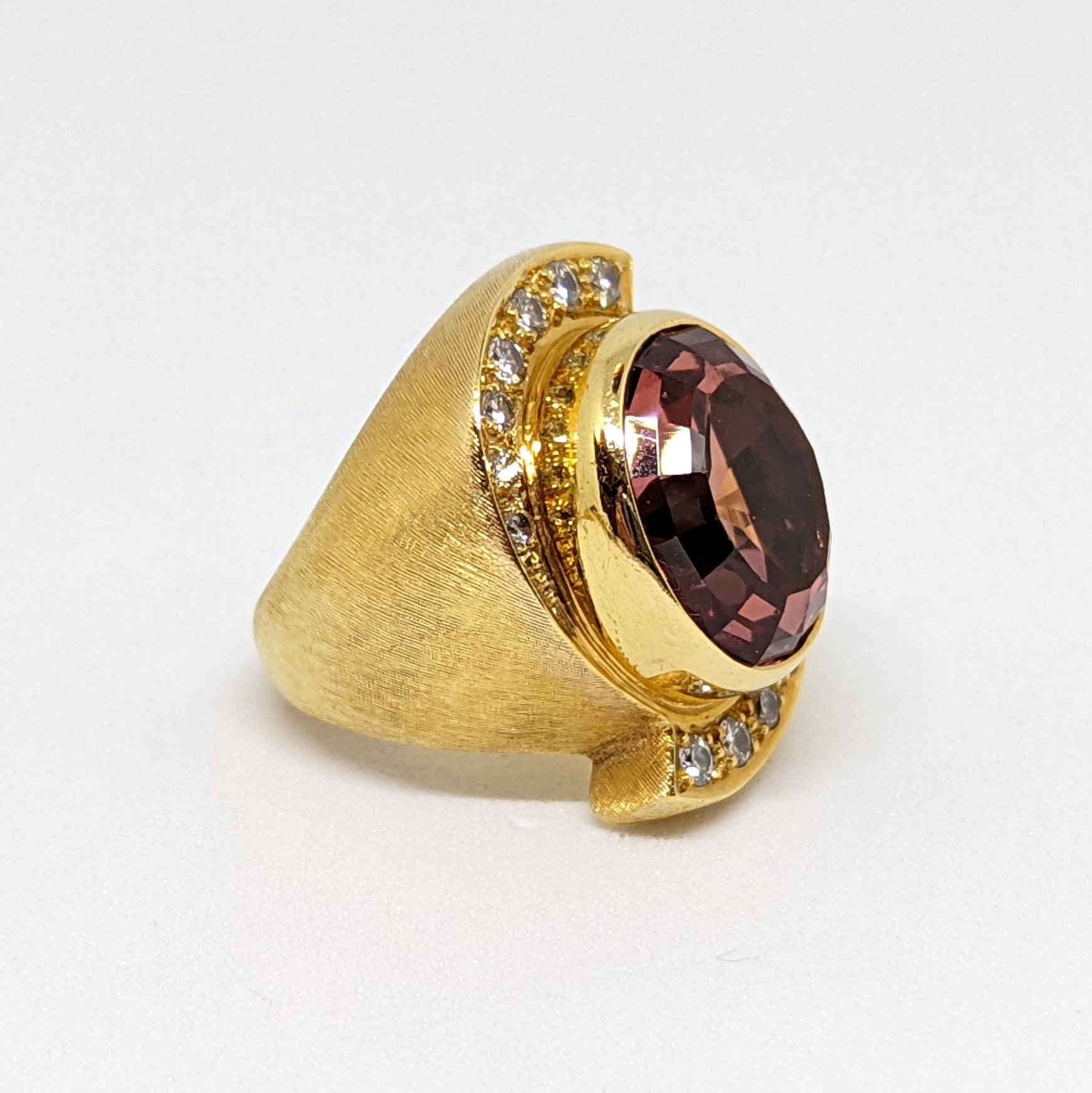 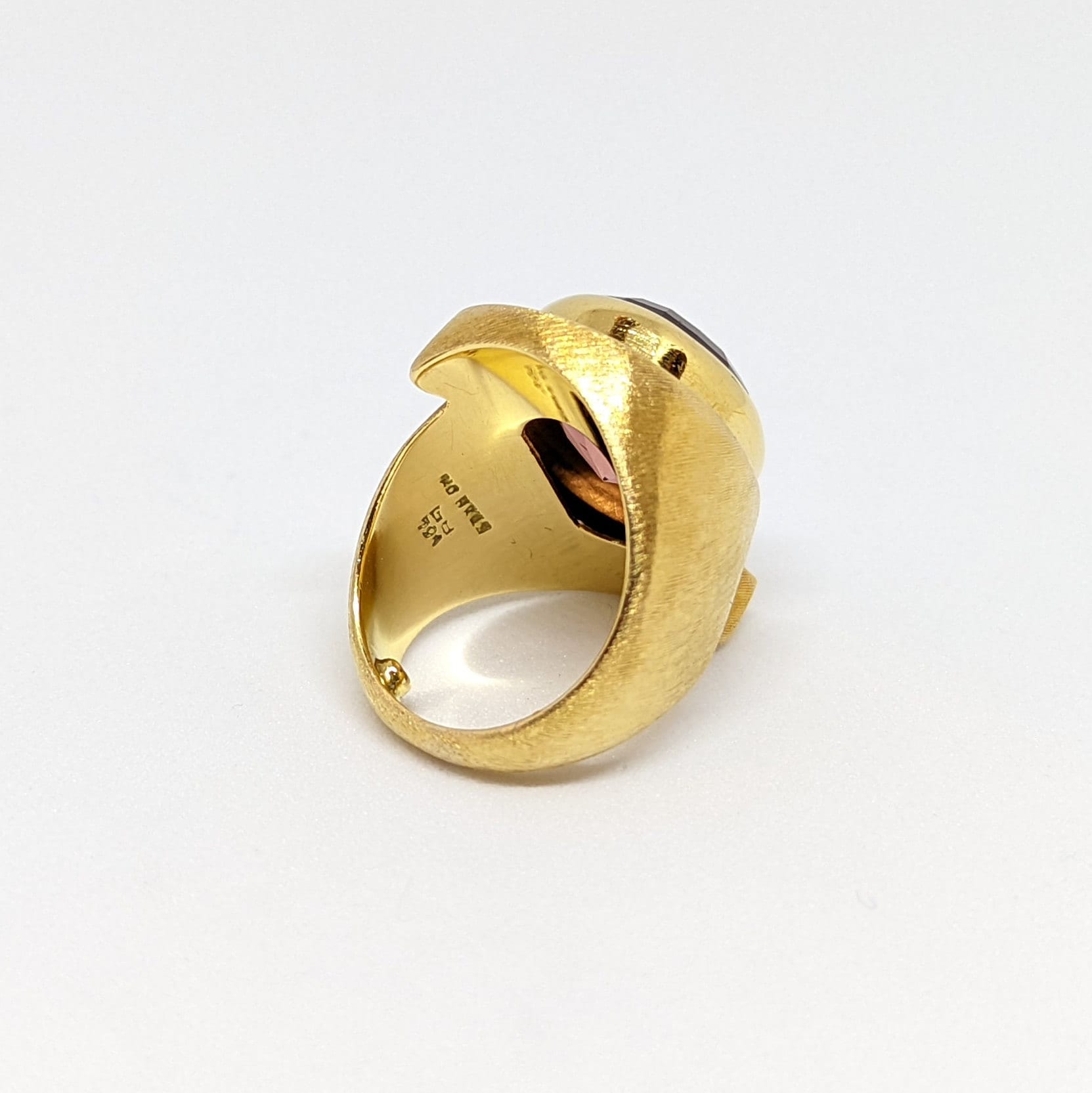 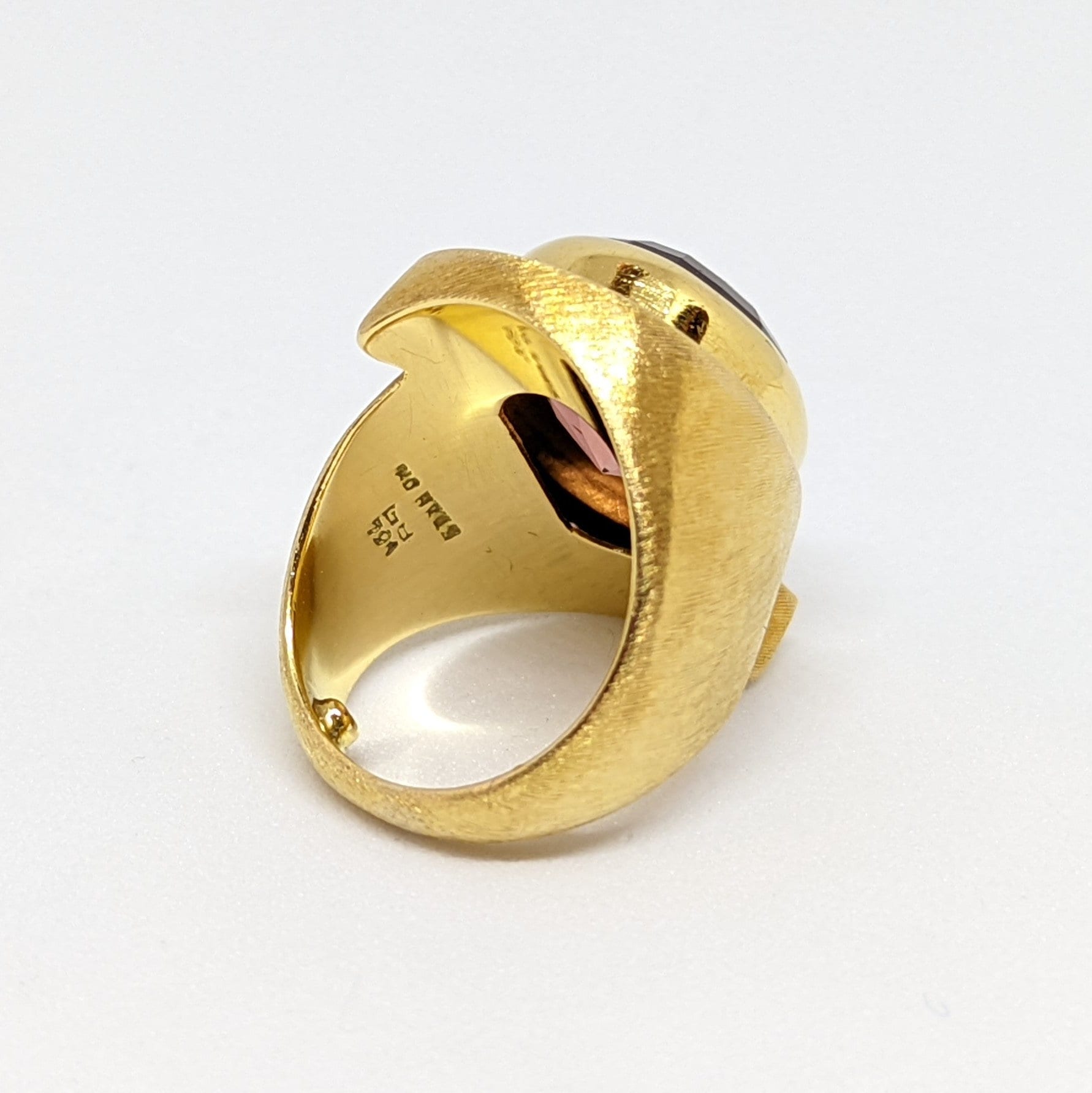 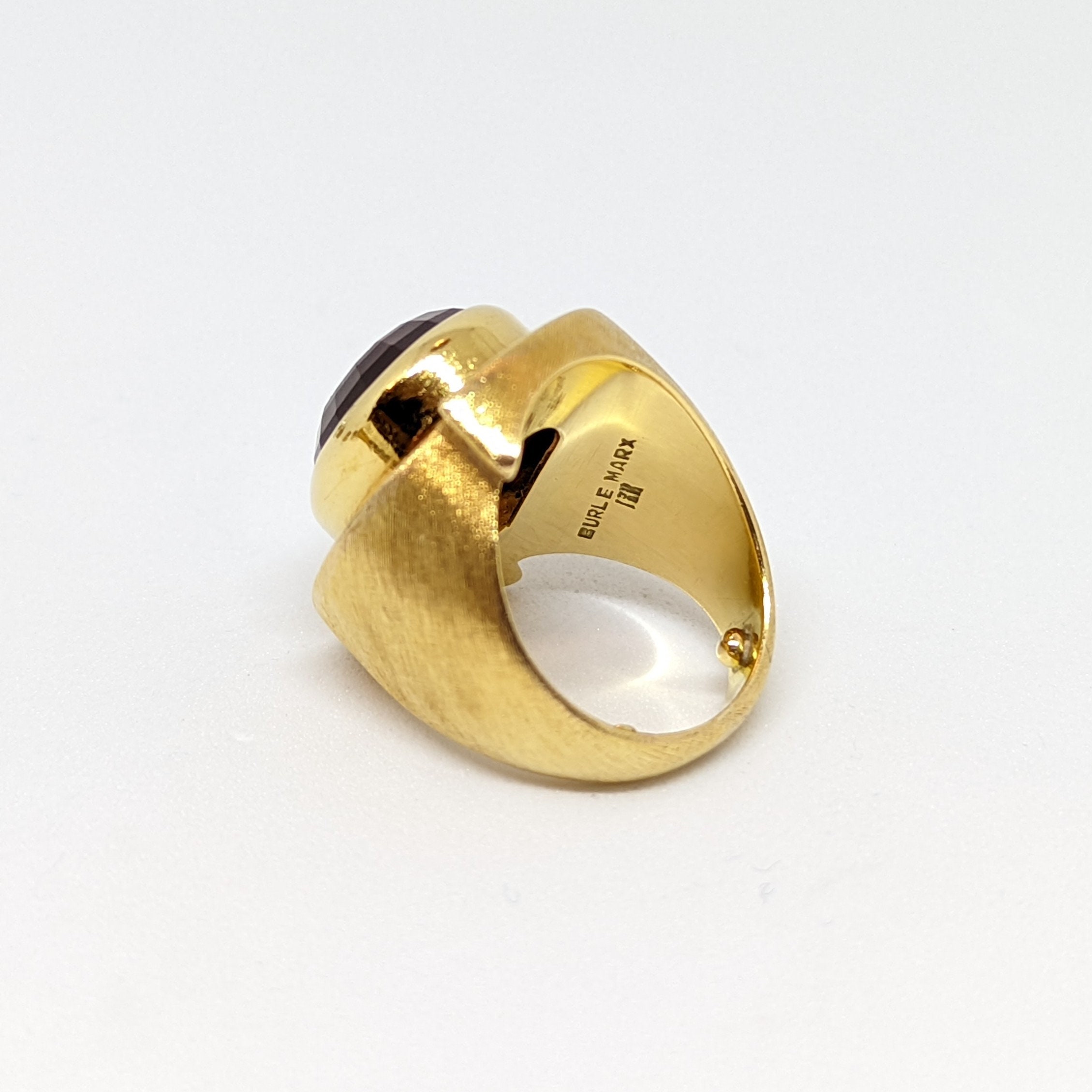 Thanks for taking a look at this Haroldo Burle Marx 18 Karat Gold Imperial Topaz and Diamond Ring. Stones of this caliber are very difficult to find in today's market. The majority of highly prized stones, like this one, can cost more than diamonds. This Imperial Topaz is among the most desirable in color, and would be most certainly coveted by any collector. It is approximately 9 carats in size, and is surrounded by approximately .75 carats of diamonds. It's a size 5.5, and it can be sized.