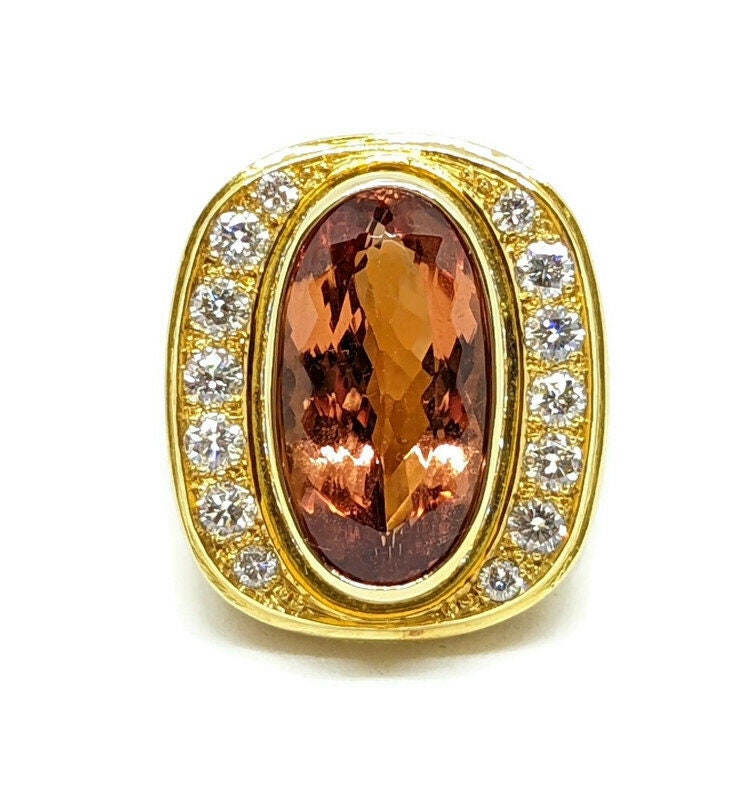 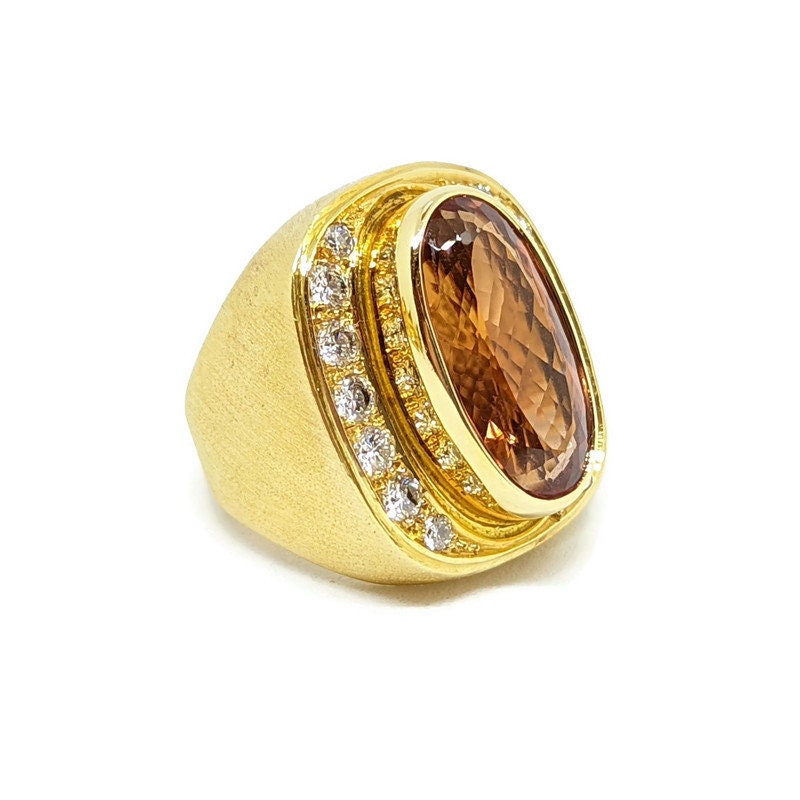 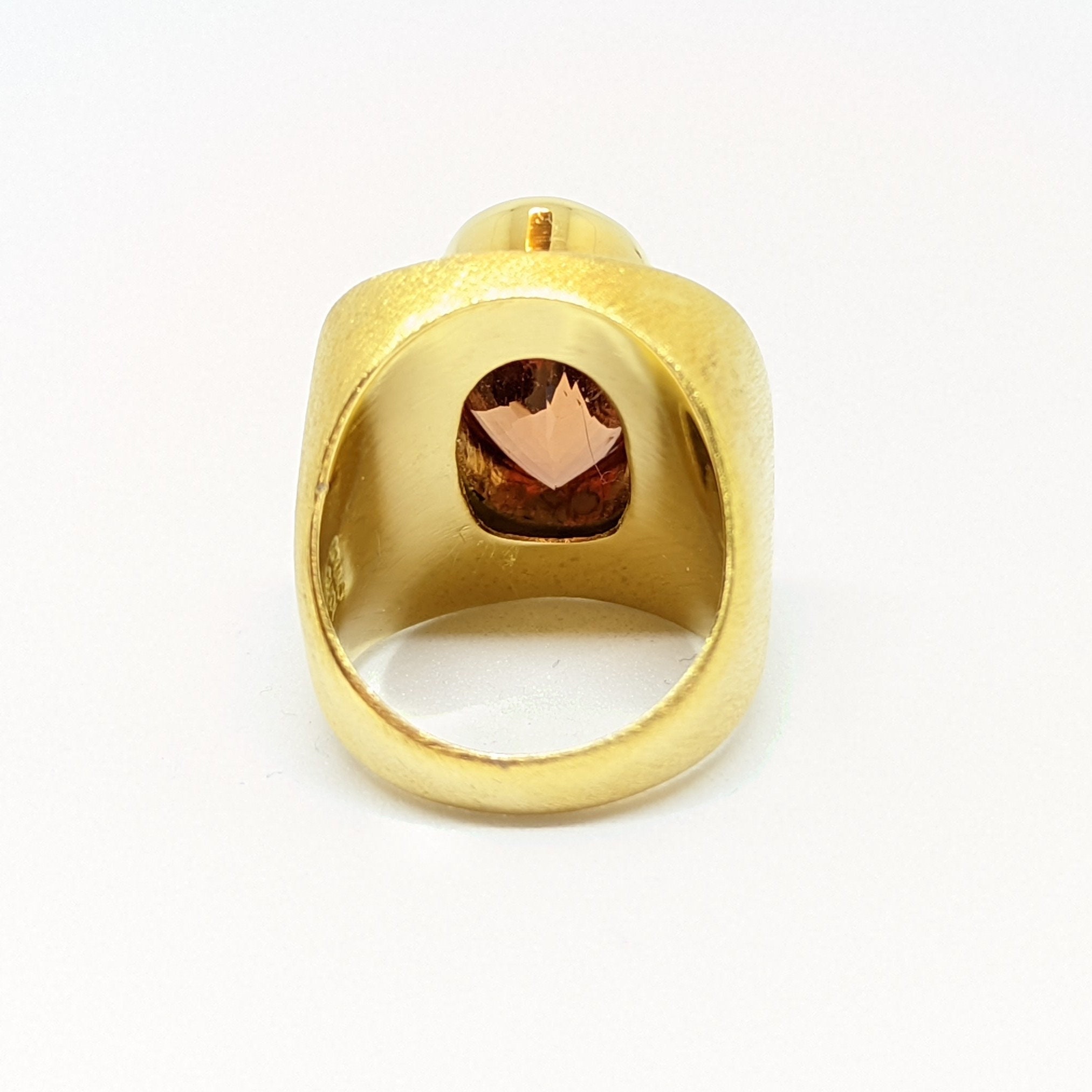 Thanks for taking a look at this exceptional Bruno Guidi designed Imperial Topaz and Diamond Ring. Stones of this caliber are very difficult to find in today's market. The majority of highly prized stones, like this one, are often worth more than diamonds. An Imperial Topaz of this caliber is indeed rare and would be coveted by any collector. This Imperial Topaz is approximately 15 carats in size, and is surrounded by almost 2 carats of very fine diamonds. It's a size 6.5, and it can be sized.


Burle Marx is without question one the greatest jewelry designers that ever lived. His customer list looks much like a social registry. Cicely Tyson, Madame Ferragamo, Placido Domingo, Natalie Wood, The Shah of Iran, Queen Margrethe of Denmark, and the Empress of Japan were just a few of his customers. In 1989 over half a million dollars worth of Burle Marx jewels were on display at The Houston Museum of Natural Science for a period of two years. Burle Marx was featured in Connoisseur Magazine, Town and Country, Vogue, U.S. News & World Report, and The New York Times.