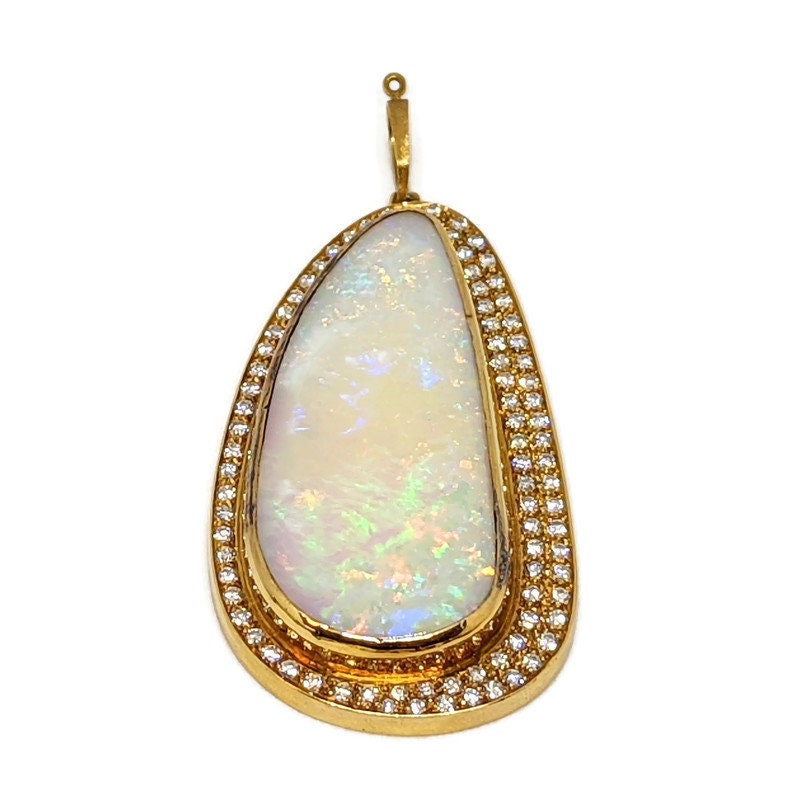 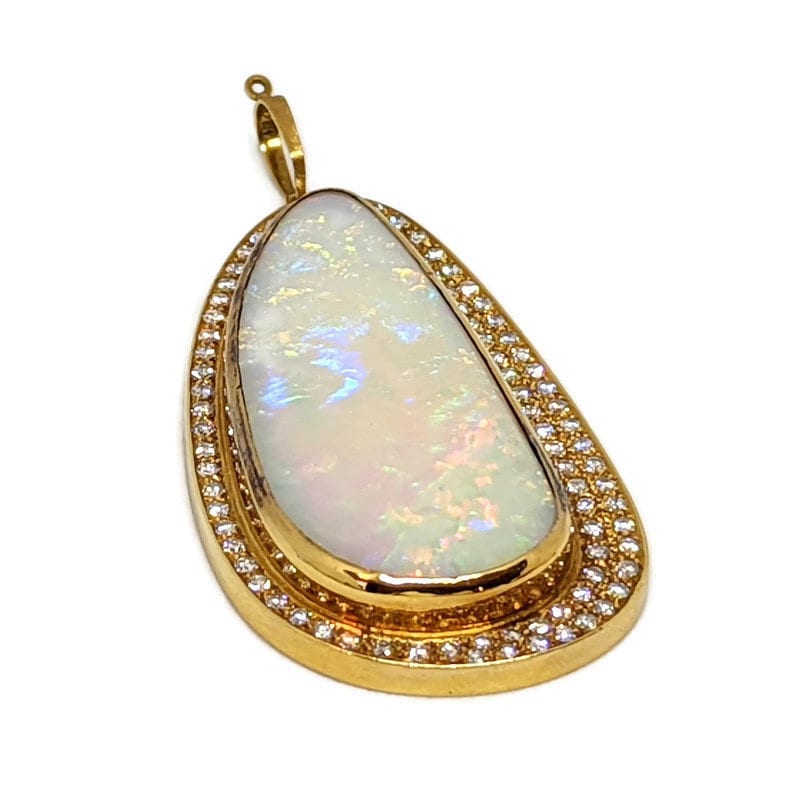 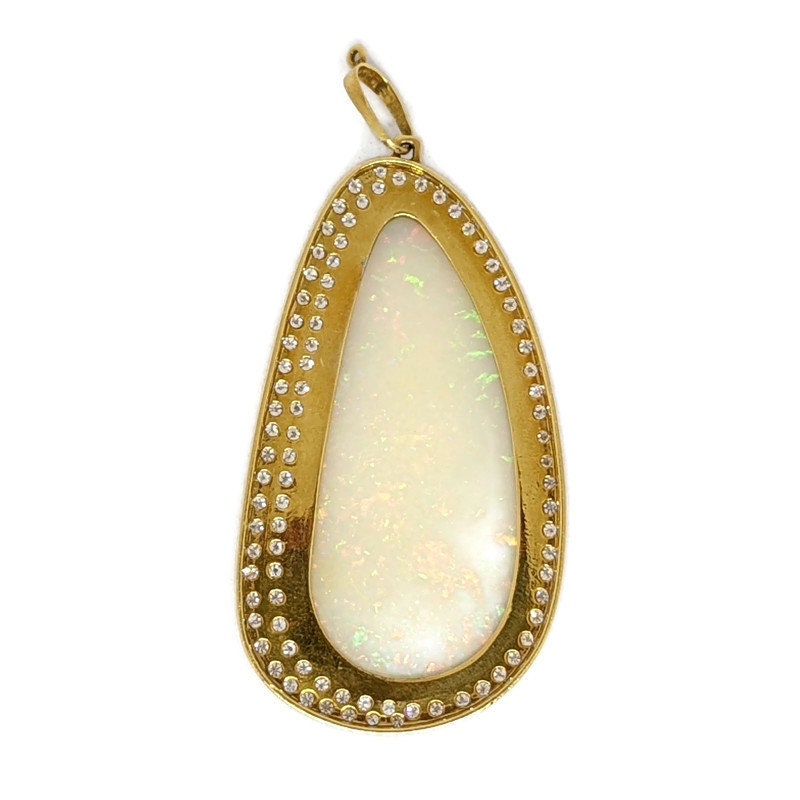 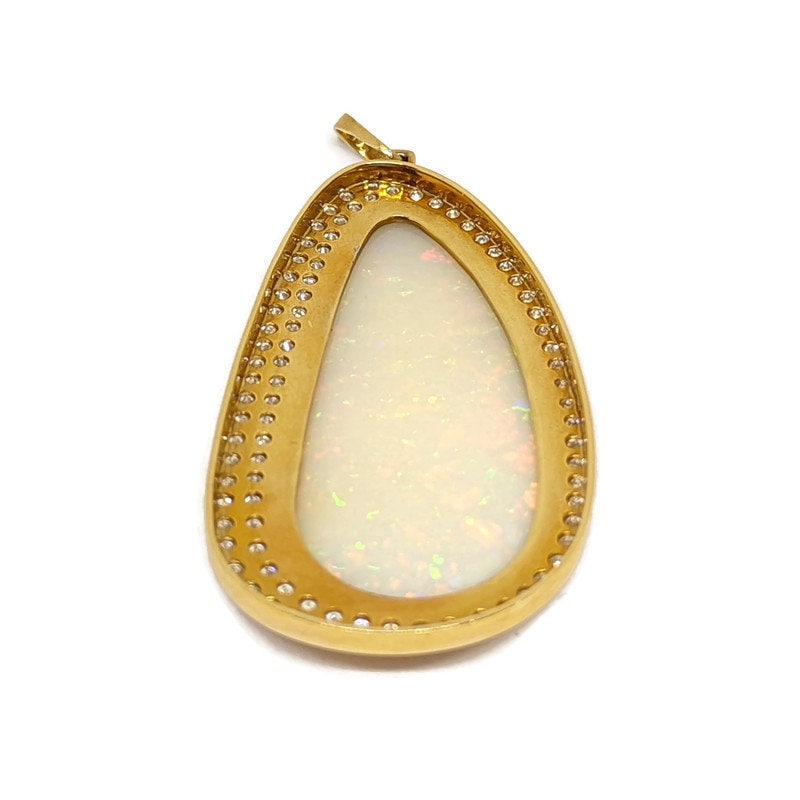 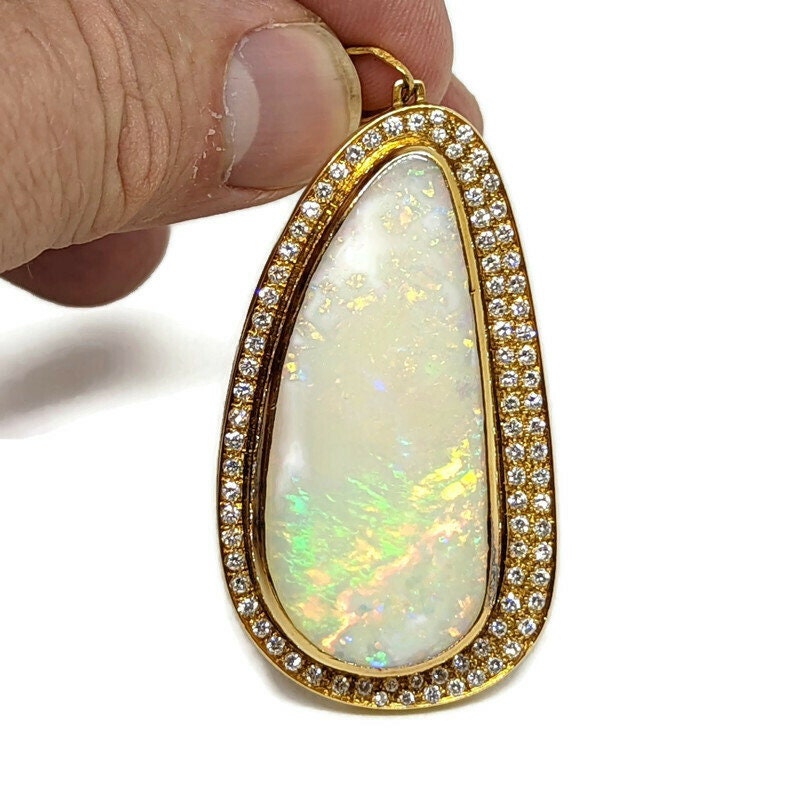 Thanks for taking a look at this Haroldo Burle Marx 18 Karat Gold Opal Pendant with Diamonds. This piece may be attached to a Burle Marx or Bruno Guidi Neck Collar, or worn on a chain. The opal is 44.50 carats, surrounded by 86 diamonds totaling 2.05 carats. The face of the opal measures 1.32" x 1.26", and the stone is a Brazilian Opal.

Please contact us any time for more information on this exceptional piece.